Path 12 - more than one point possible 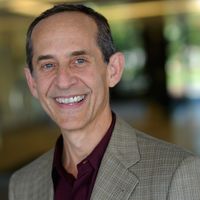 We're curious if the review teams have changed approach with this.

We've understood that Path 12 allowed up to one point for exemplary performance of one of the other SSc1 Paths (1-11) as well as the opportunity to submit documentation drawn from other Rating Systems (and/or distinct "innovations") for additional points (up to the limit of 5 available in this credit). This means that more than one point can be achieved through Path 12.

The Ref Guide makes the restriction on Paths 1-11 exemplary performance to differentiate this approach from the intent to encourage accomplishment of environmental performance criteria drawn from other Rating Systems. We've understood that the spirit of the SSc1 credit is that if the building is LEED certified - it's worth all 5 points without need for documenting individual credits. If the building is not LEED certified, but one can show documentation of discrete LEED credits (such as those in Paths 1-11 and/or on the pre-approved list), then points are awarded accordingly.

We just got a review comment stating that a project may only receive a single Path 12 point no matter how many pre-approved, exemplary performance or innovative elements are documented for the whole building. If so, the LEEDuser page for this credit needs revision and the intent of the credit makes a bit less sense. Anyone else run into this challenge?

Jim, it was LEEDuser's understanding that more than one point can be earned under Path 12, under the circumstances you describe. However, I double-checked the credit language and Reference Guide, and it allows "1 point."If a reviewer is holding you to one point, then we would defer to GBCI here. Have you had other reviews that went the other way?Anyone else?

The RG clearly limits this credit to one point for "exemplary performance" of the Path 1-11 elements. This is consistent with any other LEED credit that limits EP to a single additional point.

The RG is silent on, and seems to encourage, identifying performance criteria drawn from other LEED Rating Systems that are applicable to the whole building. The credit intent would thus be to allow up to five points within this credit that could be any combination of path 1-11 credits, a single EP point AND documentation of other Rating System credits (thus none of the dreaded "double-dipping"). This is apparently formalized with the USGBC's release and updates of the "pre-approved" credits for Path 12.

It's helpful to recall that Path 12 is the LEED 2009 description of LEED CI v2 SSc1 Option L. Option L allowed up to two separate awarded submittals (2 half points of the total 3 points available). We've gone through that on v2 projects. This was not enough in our opinion, but still allowed credit for both EP and something outside of the Paths A-K.

This is the first 2009 CI where we have a project that the owner is essentially in the process of an EBOM effort, so has throughly completed a number of the pre-approved credits as well as attaining EP for a couple of the Path 1-11 items. We submitted EBOM EAc1 (Energy Star score is high 80's). Seems incredible that
this would have no place for recognition alongside the impressive water efficiency achieved pursuant to a whole building retrofit that was informed by the tenant improvement.

It would be inconsistent with the SSc1 credit intent to disallow recognition of clearly documented "pre-approved" elements of the credit. Very hard to explain to the client!

We're very interested both on others' experiences. If this is indeed a new limit adopted in CI 2009 that the LEEDuser community was not aware of, we propose informally prompting the SS TAG to rectify it so that things make more sense (a "grass roots action" if you will). Jenny? Katrina?

What if my base building is LEED registered and not yet certified—can I still earn five points under SSc1?

Is exemplary performance available for this credit, in addition to the five points?