One project right now for sure, but planning tool for future? 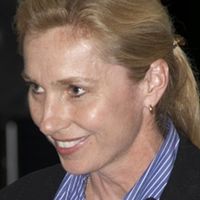 I have successfully used the 2005 AGMBC for 2 LEED-NC v2.2 projects on a college campus with shared owner, standard policies/approaches/solutions, and almost seamless continuity between the separate projects. It was great tool! BUT when we started the first project ("Project #1") under the 2005 AGMBC, for example, and defined for the USGBC which credits would become the "prototypes" for future projects, we did not have subsequent projects literally in the works. They were master-planned, yes, but not under concurrent construction. So these "prototyped" and approved credits from certified Project #1 were then available for use in subsequent projects when we were ready for them at some point in the future. And when Project #2 was reviewed for certification, these prototyped credits from Project #1 were accepted/approved and streamlined the whole process nicely.

So, in trying to understand the 2010 AGMBC (forgive me if I ask a stupid question)--it does not seem possible to use approved credits ("prototypes") in the same way. In other words, it seems that you can no longer set aside approved prototypes as the compliance path for some non-specific future projects--and, it seems, must be working on at least 2 projects concurrently (and for some credits, under the same construction contract) to benefit from the new 2010 AGMBC approach.

Thanks very much for your help!

Brooks, I think the "campus credits" approach outlined in the 2010 AGMBC operates somewhat like what you describe. A master project that doesn't itself achieve certification can be used to get credits approved for multiple campus projects. I'm not sure how an extended timeframe factors in here, however. The guidance on this is not very detailed. 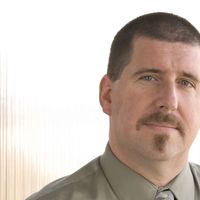 We are currently administering a project under 2010 AGMBC. Fortunately for us we have three dorm buildings that are identical except for some minor plan variations. Even as such, some of the Master credits cannot be applied to the blocks because each building is in fact a separate envelope and will receive a separate certification. In wading through the requirements it has become clear that as buildings on a campus vary more, less will apply from the master project to the individual blocks. Having said that, any opportunity to reduce the number of forms and unify the process to avoid duplication is welcome. AGMBC is not a panacea and could in fact benefit from some clearer documentation and guidance.
Some basic things to keep in mind when deciding to register a block of projects:
 Time Line. Will your projects be started within the current LEED rating system? If not, you are going to pay twice to have the master project reviewed. (2010 AGMBC, 1.1.3: NEW VERSIONS OF LEED)
 How similar/ dissimilar are the buildings? If the only shared information that the project can have is the MPRs, it may not be worth the extra coordination effort. (It is possible to ease the duplication of forms by opening several sessions at once and using cut and paste between forms for duplicate information.)
 Pay close attention to role assignments in each of your blocks. When you register a master project, it does not coordinate anything. It is merely a place holder for common information. Each block must be separately administered and assigned. There are changes coming. Hopefully this will be one of them. From the LEED help pages:
• Until full functionality is added to support on-campus and shared site projects in LEED Online, every Block project located within the LEED campus boundary pursuing LEED certification will have to reference campus credits reviewed/documented in the Master Site registration.
• Every credit that has been marked as attempted as a campus credit in the Master Site registration needs to be marked attempted in a Block project (located within the LEED campus boundary) as well.

 In order to reference a campus credit in the Block project, click on the special circumstances checkbox at the bottom of the LEED credit form and provide a brief narrative referencing the project number and name for the Master Site registration within which the credit is documented. For our project, we developed this phrase and had all participants use it via copy & paste:
“This block project (Project name as registered, PN #block number) is being administered under a Master Project (Master Project Project name as registered, PN# master number). Please refer to the credit form in the Master Project for documentation supporting this credit.”
 Don’t confuse master project and Master Site. A master project is the free administrative tool that allows you to manage block projects. It cannot receive a certification, only individual blocks can receive certification. A Master Site is an actual building site that receives certification and costs money to register.
 Make sure all of your project team members are familiar with the process before you start. Many missteps have been taken that caused unnecessary duplication of effort.
I hope this helps some of you who are doing block projects and guides those of you considering block projects. Even with our missteps, I believe this approach is worth the effort as long as you are doing more than two projects within the current rating system.

Both of your comments have been extremely helpful--I am grateful, Tristan & Clint! Thank you.

Hi Brooks,
It is interesting to know that multi-campus has been available for sometime now. I was told that there are no multi campus projects until recently when 2010 was released. I intended to apply our project last year for a multi campus but we were told by our LEED consultant that the multi campus rating systems is not available until 3rd qr of last year. I was wondering when did you start using MC 2005 and which project if you dont mind.
regards
F 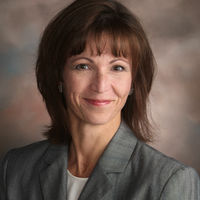 It sounds as if the different posters here are possibly confused about the definitions and terms - there is no "multi-campus" mechanism that I know of? It is Multi-Building Campus unless someone can send some new guidance?
But the short story is that much of what is being discussed here - multiple buildings, etc, will be addressed in the AGMBC Part II that has been due out. Just saw online it is now planned for "summer" release - Tristan, any idea when this doc will really be available?