An old version of the LEED rating system will likely get an update, as the U.S. Green Building Council (USGBC) moves to keep LEED strict on energy efficiency.
October 19, 2015
Projects have been able to try out the new LEED version 4 (LEED v4) since 2013, but USGBC is allowing projects to keep registering for LEED 2009 until October 2016. With LEED 2009 more familiar and less stringent, the majority of project registrations have continued there, even as energy requirements formulated years ago fall further behind the times. Now USGBC is proposing to increase the energy-efficiency requirements for LEED 2009 for any projects registering for that system in its last months of availability.

Updating an old rating system while the new system is already in place may seem counterintuitive, but it's absolutely necessary.

When the U.S. Green Building Council (USGBC) announced that it would extend the registration period for projects all the way till October 2016, over three years after USGBC members enthusiastically approved LEED v4 as the new LEED, we commented that it should do more to boost confidence in LEED v4. While forward-thinking LEED projects have embraced the new system and found advantages in its easier documentation process, there's no question that the new LEED is harder. (For a look at that, see our webcast, Is LEED v4 Worth the Trouble? A User's Perspective.)

To encourage meaningful uptake of LEED v4 while LEED 2009 is still available, we encouraged USGBC to increase the energy requirements for LEED 2009, and it's now proposing to do exactly that.

USGBC has opened a public comment period on a modification to credit language that would impose a 4-point mandatory minimum for projects earning EAc1: Optimize Energy Performance. To comply with what is effectively an expanded energy prerequisite, those projects will be required to demonstrate an 18% efficiency improvement for new buildings or a 14% improvement for major renovations. It would keep ASHRAE 90.1-2007 as the key benchmark for LEED 2009, while bringing projects roughly up to par with minimum efficiency needed to meet ASHRAE 90.1-2010, which is referenced in LEED v4.

Key dates for the proposal:

The change would take effect 30 days after the ballot closes, assuming it is approved.

USGBC has taken other useful steps to get projects to take a closer look at LEED v4, including making some LEED v4 credits available a la carte to LEED 2009 projects. The energy-efficiency credit isn't one of those, however, so for projects teams that want to use ASHRAE 90.1-2010 as their benchmark (as used in v4) instead of 90.1-2007 (as used in v2009), they'll have to update to LEED v4.

Learn more and comment here, or leave your thoughts below! 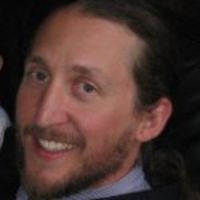 I am in full support of this. I can't imagine how a building that cannot get at least 4 EAc1 points could be considered sustainable. 18% over ASHRAE 90.1-2007 is a reasonable prerequisite. 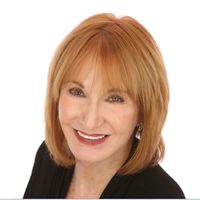 Because there are more standards for process energy equipment now, and more are recognized under V4, and those that were in V3 have less stringent standards, does anyone anticipate that the V4 equipment standards will make it into V3?