Total for Division 12-Reused Furniture Amount PLUS Cost of New?? 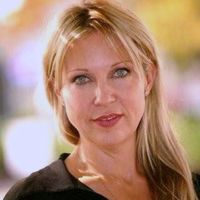 To further this, I want to know why we have to include the Reused amount in the Total when in fact, we haven't had to pay 1 cent for it? :/

Michelle, I hink you are simply running up against the cold reality of the mathematics, but this is how all LEED MR calculations are done.The LEED-compliant portion goes in the numerator and the total—compliant plus non-compliant—is in the denominator. If you're finding the math is not resulting in hitting your target, well, that's a good reason to increase your efforts to comply with the credit through reuse, with reduction of new purchases being the flip side of the same coin.What other way could compliance be demonstrated? If there is no price assigned to the reused furniture, then it either has no value in your calcs, or you need some other measure, like weight or volume, or pieces.If the value of reuse is not in the demoninator, then you'll get absurd results, like 2,000% of your furniture budget being LEED compliant. How could LEED set a target for credit compliance with no upward limit?

I guess I get that part of it. However, I think overall, more people would attempt this credit (16% actually earn it), and in the long run, the total amount of reused furniture would be higher, due to people not giving up as the bar is too high.
I would love to study the stats on this credit and have a trial period where the other option is offered. This is the basis for putting something on sale. Try, see if it works, then get hooked on doing it all the time. Seems to be priced out of the market. Hmmm, either way I earned the credit.
Good discussion with some friends over a couple of drinks!
Your thoughts?

While it is true you include the total cost of new and reused in your denominator, in your example, it looks like you were increasing the amount of NEW furniture, not REUSED. In both secenarios, you have the resused portion as $150,000, but your denominator increased in Scenario #2.