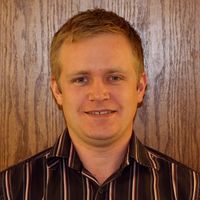 I'm not sure. I can see the situation two ways.

If this was the Schools credit and the partition separated two classrooms, I know that the partition would need to be STC rated to meet the requirements. I assume this would also be the case if you were designing separate private offices that "had the feature" of being opened up into a larger open office.

However, if the space was being designed as a single, large open office, the operable partition seems to be ancillary to the primary design. Then you could probably argue that it didn't need to be STC rated because it's just an "added feature" to the space, to separate the larger office occasionally, as needed.

I think GBCI would need to answer your question for a definitive answer.

Is it possible to pursue this as an Innovation credit in a Core & Shell project?

Our project has small meeting rooms in an open-office plan. This situation appears to require an STC of 50. However, this level seems to be (unrealistically) high, especially considering the doors in the wall partition. STC 50 with a (closed) wall can be

Are we required to have an acoustical consultant in order to attempt this credit?