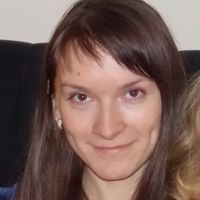 Hello colleagues,
I have a question from our energy modelling team. The question is about baseline HVAC systems modelling.
ASHRAE 90.1, appendix G, point G3.1.1 requires modelling systems 5-8 one per floor. In accordance with point G3.1.2.8 requirement design airflow rates shall be based on a supply-air-to-room-air temperature difference of 11°C (20°F). In a modeled building, there are groups of rooms with deferent heating and cooling setpoints on each floor. If we model one system for all rooms on one floor, we will not complete point G3.1.2.8 requirement (temperature difference) for some rooms. Do we need to divide the system into several separate systems on one floor in this case?

When faced with a conflict in the modeling protocol it is up to you to suggest a solution. In general the more conservative (lower savings overall) the coutcome the more likely that the method would be acceptable.

With that said I think you have three options. The first two are probably the most conservative, the last one would still likely be acceptable.

In any case just provide a narrative justification to the reviewer.