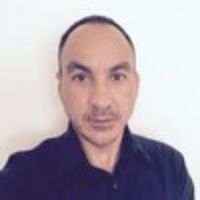 The project consists of a new building (exstension) called “boarding areas” that is linked through a new tunnel named “CDC” (that is part of the new building)  to the existing airport. The function of the building is to let people to move from airplanes to terminal and from terminal to airplanes. Only openings at +0.00 level towards are considered entrance to the building, so subject to requirements of section 5.4.3.4 of ASHRAE 90.1-2007 (double doors vestibule, equipped with self-closing devices, not necessarily operating at the same time for a walk through).

The other boundary openings are:

1. the beginning of connecting body, which connects the new building to the existing building (airport terminal);

Both (1+2) connecting the building to other conditioned space, so not are intended as entrance from outside.

Emergency exits are present at various building level, but are not intended to be used as building entrance.

I agree. Makes sense to me.