not unreasonably exclude space... must distinguish from any non-certifying space... Complete building or space MPR in disguise? 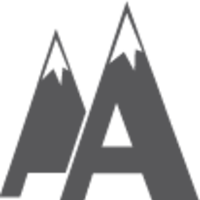 Maria & Merve - great questions! Nobody appears to be daring to comment on the issues related to the old LEEDv2009 MPR #2 - Must be a complete building or space, which had two editions of two part supplementary guidelines if I remember correctly... Can anyone other than GBCI help?

We have a similar issue, as we have a project that is 5 blocks, each separated by an expansion joint making them structurally distinct. Three are residential blocks and two are mixed use blocks. The investor is willing, but not real happy to certify one of the mixed use blocks, which will function as a hotel, office, and restaurant. As the block is speculative, the owner would in fact like to certify only the top 14 floors (all office space) of one of the mixed use blocks using the C&S rating system. Can someone can clarify the best approach or if either would be possible?

Based on the LEEDv2009 Supplemental Guidance, certifying only the top 14 floors would have been strictly forbidden. Based on the past, I assume it would be forbidden under LEEDv4 or 4.1. Can anyone confirm or could we certify only the top 14 floors of the block provided it meets the energy and water metering prerequisites since the old MPRs are no longer a part of the system and the new MPRs don't forbid this?

Assuming answer to #1 is no, Question 2:

The crux and basis for this question comes from the facts that a) both mixed use blocks could obtain a separate address; b) the two mixed use blocks are structurally distinct, one being a 5 floor block with 3 underground floors of garage space, while the other is 27 floor block with 3 underground floors of garage space; c) both mixed use blocks will have the same owner and manager; and d) the mixed use blocks will have functionally connected areas such as lobbies and conference rooms on the first 5 floors and the 3 sub-floors of the garage. As such, provided we meet the metering prerequisites, would pursuing certification of only the 27 floor tower be in compliance with MPR2?

If the answer to both questions above are no, does this mean the only way to certify the 27 floor block is to also include the 5 floor block?

Really hope someone knowing is willing help, thanks in advance!

Ward, have you asked GBCI this question directly? Given the existential impact on the project, I think you should go to the source. As you point out, there are reasons we could reasonably argue for a couple of different sides, and we lack the detailed guidance in v4 that we used to have.