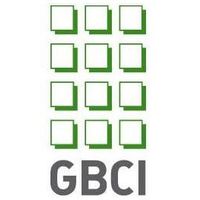 It need not seek its own separate certification, but this does not necessarily mean that it should be completely ignored in the LEED certification application. A building that cannot meet MPR 4 is non-LEED-certifiable, and as noted on pages 25-26 of the LEED 2009 MPR Supplemental Guidance (http://www.usgbc.org/ShowFile.aspx?DocumentID=10131), such buildings may be treated as an extension of the main certifying building they support. Assuming you are pursuing the Campus Credit approach to the AGMBC, each LEED project building's LEED Project Boundary will, in turn, be included within the LEED Campus Boundary of the Master Site project.

If the P40 building doesn't really support any of the buildings directly, and/or is existing and not affected by the project's scope of work, it may simply be excluded from all the individual LEED Project Boundaries. Even so, it would still be optional to include it within the LEED Campus Boundary, as illustrated in the diagram on the lower left of page 9 of the AGMBC (https://www.usgbc.org/ShowFile.aspx?DocumentID=10486) and explained on the prior page. This is appropriate when the non-certifying building and its immediate site are integral to the site performance of the rest of the projects within the larger LEED Campus Boundary.

Thanks Eric. So you are saying that I should consider P40 in my analysis and calculations for all credits and prerequisites, includig EAp2?

My other question though, is that I have 4 buildings seeking certification on this property, its an industrial plant for automobile pieces. The 4 buildings are: P10 (main entrance control with training rooms and few offices), P60 (engineering building) with few offices and some machines wiht process load), P70 (building for dining) and P80 (actual factory, where all the machines are, with large process load). P40 is a support building for the truck drivers with one office room. That said, I'm not cleared of to wich of these 4 buildings (P10, P60, P70, P80) I should consider that P40 is an extension of?

Anyone could shed a light in the issue above? We have 4 certifiable buildings within our leed boundary and we are going to certify them independently, using the master site for some credits. However, there's one building in the property (which is the same as the leed boundary) that do not comply with the minimum area MPR (1000sqft), so we would like to know to which of these other 4 certifiable buildings we should associate this one lost guy (P40), now that we figured out that it can't simply be ignored...The problem is that P40 somehow serves to all the other buildings. 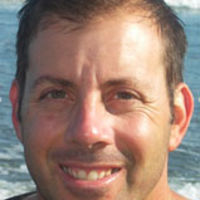 I read Eric's response differently Marcio. I think you can indeed ignore P40 for the most part, with the exception being for any credits you intend to pursue on a campus-wide basis. So you'll analyze EAp2 performance for each building individually, but not P40 since it's not going to be certified. But if you want to use a master site approach for SSc7, for example, you'll still have to account for the building footprint and hardscape of P40 in your calculations for the whole site.

So I think that most of the time you actually will be ignoring P40 - only in specific circumstances will it come into play. . . But it gets confusing awful fast!

Essentially, in a situation like this it is your call. If you can make a case that the P40 building most directly supports one of the buildings, you may include it with that building. The clearest indication of that it should be associated with a particular building would typically be if it is on a shared energy (&/or water) meter with that building and/or bundled with a distinct construction contract with one particular building on the 'campus'. On the other hand, if it would be more appropriate to subdivide its energy usage, materials costs, etc across more than one (or even all) the buildings on the site, that is also acceptable. If you do elect to distribute it amongst multiple buildings, it would probably make the most sense to prorate things like energy usage and materials costs based upon the relative gross floor areas of the supported buildings, but alternative rationales and prorating approaches would likely also be accepted as long as they are clearly explained.

Please note that unless it is integrally tied to the operations of one or more of the other buildings (most particularly, if it is on a shared energy/water usage meter with one or more of the buildings), it would probably also be acceptable to simply exclude this building from any and all of the certifying LEED project buildings' applications, as I mentioned in my prior comment. Then, the team would still have the option of including it within the LEED Campus Boundary of the Master Site project (in accordance with the instructions of the AGMBC) for the evaluation of eligible 'Campus Credits'. I hope that helps.

The cleanest way, paperwork-wise, is based on the construction documentation package a building like P40 is included in. Include the entire building, energy and materials.

Splitting energy use and materials across multiple projects takes significant effort with no real benefit.

Splitting a small building up doesn't, or shouldn't, change unless something is wrong, the LEED credits claimed by the buildings sharing the small building.

Including a small building entirely as part of one other building also doesn't, or shouldn't, change unless something is wrong, the LEED credits claimed by the single building claiming the small building.

If the small building is not part of the construction scope-of-work documents then it works best to not include it.

First of all I would like to clarify and reinforce a few things:
- That this is all the same owner, all buildings are within the same property line and they compose a manufacturing plan of the same company. They have multiple buildings because each building has a specific function: administration (P50), engineering (P60), manufacturing (P80), dining (P70), etc.
- P40 alone does not meet the minimum area requirement of MPR 4, 1000sqft.
- All buildings are under the same construction contract and will be built simultaneously, in the same phase
- So far, P40 is within the LEED campus boundary but not within any LEED project boundary

So here's what I understood of what you folks said:

- I can make the option of only consider P40 for the credits I'm pursuig via master site;
- For credits/prerequisite such as EAp2 and WEp1 I can simply exclude P40 from my energy and water consumption considerations; 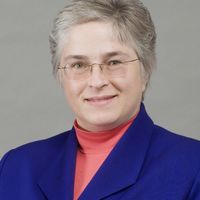 The Multiple Buildings and On-Campus Building Projects (AGMBC) document and its supplements seem to have matured into a guide for buildings in a campus and compound arrangement where the buildings are each unique or replicated. These buildings could function autonomously, but they are held together by a single ownership or management. For example, a university is comprised of individual schools, each capable of participating in the education process. If one was missing, a course of study might be lost, but the university could still produce educated students.

We tried, in the beginning, to apply the AGBMC to large facilities with ancillary buildings that, together, comprise a single function. For example, if you are producing baked goods, one could not eliminate the steps that occur in the dough-making or the baking “building”. The large commercial bakery, although appears as if it might be a campus, is really a single structure, made up of parts, which has a single purpose.

The LEED Interpretation #10203 dated 7/1/2012, although it is directed to EBOM, may shed some light on whether or not the project should follow the campus, multiple building or one building determination. The test for a single building registration is:
Requirement 1: Included buildings are part of a single identity.
Requirement 2: The entire project is analyzed as a whole (editorial note: this appears to follow the test items for Groups, except for the last one).
Requirement 3: The project represents a single, common site with a reasonable LEED project boundary (MPR3).
Requirement 4: The submittal documentation must include all square footage of buildings and land inside the LEED project boundary. (editorial note: all structures with water and energy consumption must be included).
Requirement 5: The number of buildings is not limited, but must total less than 1 million square feet. (editorial note: this is hard to comply with when the base building is greater than 1 million square feet).
Requirement 6: Buildings larger than 25,000 SF must be listed separately.

These six requirements have a striking similarity to the Minimum Project Requirements (MPR). Where they contrast, perhaps the corollary is true: i.e. MPR4 corollary for Requirement 6: Listed buildings should be at least 1000 SF, but if they are larger than 25,000 SF they should be listed separately. If they are listed separately, they should have a LEED Project Boundary with a building to project boundary area that is at least 2% (and a FTE of at least 1).