We are working on a project that uses heat reclaim as a source of energy for service hot water. Heat is reclaimed from the flue gases of a generator set that is used to complement the utility grid in providing electricity since the utility doesn't provide 24/7 electricity.

How can this reclaimed heat be modeled? And is this considered CHP and to be modeled according to the document titled: "Treatment of District or Campus Thermal Energy in LEED V2 and LEED 2009 – Design & Construction"?

Yes that is CHP. In addition to the DESv2 there is guidance in CHP modeling in the Reference Guide.

Thank you for your reply Marcos.
We have indeed gone over the mentioned guidance in the reference guide and have the following query:

Case 1 "Same ownership, CHP inside building" - which is the case of our project - mentions that "electricity produced is considered free, as is the produced thermal energy";

Having 50% of electricity being produced by the generators (Utility grid only produces 50% of electricity), what is the rate charged to the proposed and baseline cases after the overall electrical energy demand has been simulated?

And according to the above rationale, where are the heat reclaim savings accounted for? Are they accounted for as reductions in the 500 MWh of the proposed? This seems a bit extreme because we will end up with very high cost savings.

Your advice is highly appreciated. 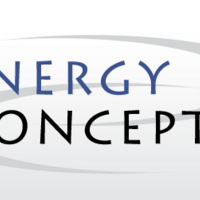 Mario, I just had the same issue with the CHP that I was working on last week and what I would do in your case is showing the calculations as 1100 MWh for the Baseline and 1000 MWh for the Proposed, then I can show the reduction in the Exceptional Calculation Method section (ECM) by addressing the cost of the fuel needed for the CHP too, so it will look like (Saving $$: 500 MWh - Cost $$: CHP fuel and accessories)