Schools-2009 MPR2: Must be a complete, permanent building or space 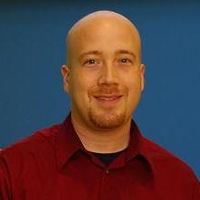 In the Rating Selection Guide there is the general rule that 60% of a space for a specific building type means that this project must be registered for that specific LEED category.

Regarding LEED for Schools there is some confusing additional text.  "% of building square footage dedicated to learning space... more than 60% core and ancillary including 25%+ core... must use LEED for Schools"

​I looked this up and found a document called "Guidelines for Projects Choosing Between
LEED for Schools and Other LEED Rating Systems" which said.

I tried to apply this to a K-12 project. The project is more than 60% core and ancillary spaces, but just less than 25% core spaces.

I was told by the reviewer that the more detailed explanation only applies to projects registered between July 2007 and July 2009.​  So the more abbreviated explanation is being applied.  "more than 60% core and ancillary including 25%+ core​"  And they are ignoring the second half of this.  Because the project is over 60% core and ancillary spaces it must be LEED for Schools.

​I'd appreciate any further guidance on this 25%+ core meaning.