Can an operable window be considered an airflow control?
What about an exhaust/transfer fan control (on/off or timer switch)?

This seems to be a wrinkle unique to this version, while v2009 and US equivalents more generally refer to any thermal comfort controls.

Lindsay, I am only familiar with the LEED v2009, where this would not be an ambiguity. 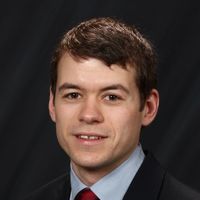 I'm a little late chiming in on this but the Reference Guide on Page 400 says "VAV Systems for non-perimeter areas can use a 1:1:2 terminal box to controller to occupant ratio to capture this credit". Typical VAV designs have one VAV box per 600-900 sq. ft and serve 3-4 people so you won't meet the credit with standard design but it is possible if you want to spend the money on additional VAV boxes, controls and ductwork.