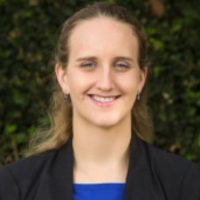 Hi,
I am modeling a laboratory which has a small area of office space for LEED and wanted to check a couple of approaches:
1) The engineers have informed me that the lab has to be a once through system 100% outside air and therefore the baseline should be the same. I can't see anything in 90.1 which specifies this to be true or not however i do agree that it seems to be the correct approach.
2) They are also saying he baseline should use a constant volume exhaust as this is standard with bypass air (when the 100% outside air system loads arent high enough to meet the rate) to stack velocity. The proposed will undertake wind tunnel modeling to be able to reduce the exhaust makeup which is not standard practice and therefore can be done as an exceptional calculation.
3) Based on G3.1.1 (c) The baseline systems will be split for the lab (100% OA) and office (which will be VAV with re circulation).
Thanks, Victoria

2. It does sound like an exceptional calculation. Make sure to provide a detailed justification for the use of a constant volume baseline.

If the exhaust is constant for example in this case 27,500 CFM per lab of makeup air. However if we get an exception following wind tunnel testing then it will varying based on the load

Also for labs, note:
1. I would expect you would need to incorporate G3.1.1 (d) in your baseline and proposed models, to reduce the amount of exhaust and makeup air by 50% during unoccupied periods. I would think you would run it this way first, then do a separate exceptional calculation for other nonstandard methods that reduce exhaust and makeup air.
2. Sometimes fume hood exhaust can be classified as process energy. If you can separate the fume hood exhaust energy (or maybe just the bypass air energy needed for fume hood exhaust) from the air conditioning energy, then it might be appropriate to treat it as process energy. The rule is that process energy should be the same in baseline as in proposed. However, if you have a nonstandard practice that you can document to reduce process energy, you can submit it for credit. This might be another way to look at part of what you are doing.

1. Victoria you are correct about the 6 ACH being the baseline requirement. The baseline does not necessarily need to be a fully once through system. We agree that G3.1.1 (d) applies.
2. If the fume hood design is separate from the space conditioning system then we agree that it would be considered process.

Addendum ch to 90.1-2007 helps with the 50% reduction during unoccupied periods as it scratches this. The proposed building has a set back to 4 ACH which i'll mirror in the baseline (this is the lowest the AHJ will allow).

I think i will struggle to separate out the fume hood part of the system as it is all one combined exhaust system. So i may have to model as regulated energy...for 2010 this is correct i believe but for 2007 it is a grey area it seems. I think if i can pull out the additional fan energy from fume hood operation i could assign this as process.

The energy associated with the bypass air which is required if a constant volume fan is utilized can be calculated (difference in fan power in proposed between running constant with bypass air and running as required). I think this can then be added as process in both proposed and baseline and removed as an exceptional calculation in the proposed.

I don't see anyway this can be classed as regulated though and still take savings, as if regulated the flow rates should be the same.

I also have a similar question. If the baseline OA is set to be the same as proposed. This could be done at the design flow rate. But in annual simulation, the supply flow rate will vary based on the room load, thus it will cause the two system operate differently. One example: VAV with 100% OA for proposed. During cooling design for proposed, 1000 cfm is needed (100% OA). I set this value as the OA for cooling for baseline. However, at someday in summer, the proposed model needs only 500 cfm to meet the load, but the baseline is still using 1000 cfm because I forced it to use 1000 cfm.

The conservative approach would be to model the baseline at the minimum supply air flow in the proposed. Otherwise there would be a savings generated that would violate a modeling protocol. If you want to try an justify the extra savings you should approach it as an exceptional calculation.