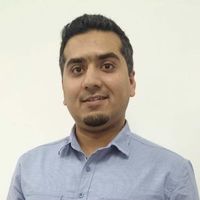 Hello all,
1) For Table 1 Satndard VOC limits, there are different values falling under Ceiling limit, Current limit and Effective date. Which value to be used from these for VOC calculation and if its Effective date then which date the final one?
2) Also for HVAC and Fire Protection ducts and piping is VOC needed for them also? If so what is the limit for them? 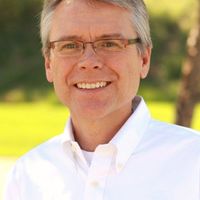 Saud: I am posting a reply below from an earlier discussion. The Ceiling Limit is not relevant to LEED 2009. The version of SCAQMD Rule 1113 in effect on January 1, 2004 is on the USGBC website in the credit resources section. Use the 2004 column. An October, 2013 interpretation also allows substitution of the categories and limits from the CARB 2007 Suggested Control Measure.

I'll let others chime in on the HVAC and Fire Protection question.

I may be wrong, but suspect you are reading the most current version of Rule 1113 dated September 6, 2013.

As a point of clarification, the 'ceiling limit' is part of the newest version of the regulation. That defines a secondary cap for manufacturers using an exemption system known as corporate averaging. For manufacturers not using averaging (including my employer), the limit is simply the limit. But it is only relevant if you are specifying products to be used in the Los Angeles basin. The rest of the densely populated U.S. states, Canada and several countries use variations of the CARB Suggested Control Measure for architectural coatings."

Dwayne,
Thank you so much. I have another thing to ask, in case of water tanks when painting them from inside will it also require VOC data? If so what will be this limit?

I would argue that a water tank is not habitable space, and therefore exempt from LEED VOC requirements. It is not the weather barrier of a building occupied by people. I assume the water tank is outdoors somewhere?

Lawrence,
You're right, the water tank is not a habitable space but I am not sure it will be exempt or not. It can be outdoors as well as it can be in the building underground or on the roof may be.

We have the water cistern right in the parkade space part of the building....yes voc limits apply.

CAN You please clarify why it apply ?

How should graphic arts paint or coatings be categorized?

The standards referenced for this credit have been updated since those listed in the LEED Reference Guide – does our project need to follow the latest SCAQMD Rules and Green Seal editions, or the ones listed in the reference guide?

How should handheld aerosol spray paints be handled?

What are the VOC limits for primers? They seem to be listed in both GS-11 and SCAQMD Rule 1113.