Hi, i like to know if green walls applies for this credit
thank you in advance

Hello again, I posted this comment two weeks ago but i havend had news. Can anyone please tell me if green walls are includded in this credit. Tank you in advance.

and another question, if i have a part of my landscape with permanent irrigation system and other part for native vegetation with temporary irrigation (hose), how should I fill the online table wec1-1 in irrigation type, irrigation with hose means option "other"?
thank you in advance 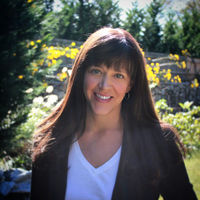 Note that the Calculations section (under Standard Assumptions and Variables) of the LEED Reference Guide states that for landscape types that don’t require irrigation once established, a species factor (ks) of “0” (zero) can be utilized in the calculations. The total landscape area must be the same in the baseline and design cases, but the irrigated area does not have to be identical.

The response posted below referencing addendum #100000352 adds some information to your question although not a full clear response.

The addendum states: " The landscape area of the site is the total site area less the building footprint, paved surfaces, water bodies, areas being left in a natural state and patios."

I also recently posted about including green roofs in this credit which I have read is possible. However the response from the GBCI also referenced the above mentioned addendum which in essence does not require that a vegetated green roof be include in the calculation. But, the option to include it is still possible. All this to say that I think you could make an argument for including or excluding the green wall in your calculation.

Carlie and Erika I appreciate your comments, any response about how should I fill the online table wec1-1 in irrigation type, for irrigation with hose, is "other" ok?
thank you in advance

Can non-potable well water that is used for irrigation contribute to potable water reduction?

Can surface water, such as water from an irrigation ditch or a local creek, be used as nonpotable water?

Do interior planters count in the calculation?

We are using non-potable water for irrigation. For drought conditions, can we hook up to a potable water source for backup and still earn this credit?