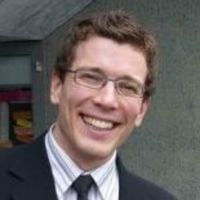 Question :
Can we use the ventilation rates described in the ASHRAE 62.1 in regularly occupied spaces (Table 6.1, 6.2, 6.3) and the extraction rates (e.g. bathrooms) described in the CEN Standards EN 15251: 2007 and EN 13779: 2007 in in non-regularly occupied rooms (bathrooms) and achieve credit compliance?
If the French extraction rate is higher than the CEN / EN standard can it replace them?

Hallo Ian,
I do not think they will accept combining both methodologies unless you have a good reason for doing that, for instance, if you your project has a type of space that is not covered in one of the standards.
My advise is that you should use the ASHRAE calculator because the reviewers are usually not familiar with the CEN standard.

Hello Ian,
I agree with Gustavo in that GBCI would accept one path or the other and not a mix of it. I have submitted projects using the european standrads and it has been accepted without any problem.
The credi focus is the minimum rates so if your rates are higher on your design it isnt a problem.

For a space designed to be naturally ventilated, can operable windows or vents be used to satisfy the 62.1-2007 requirements?

What options are available to projects outside the US to meet this prerequisite?

Which units should be included in the calculations for this prerequisite?