Can anyone please confirm if form release compounds need to meet both VOC limits and emissions requirements? If so, does anyone know of any compliant product? 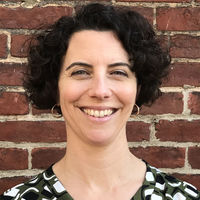 Since form release compounds are applied to the forms, which are used for that purpose and then removed, the coating isn't considered as being "permanently installed" and therefore isn't required to comply with the credit.

"Form release compounds" are featured in the LEED v4 calculator(v4_Low-Emitting Materials Calculator_v03) downloaded from usgbc website.What could be the reason for this(if they are exempted because they are not permanently installed)?

Did anyone find an answer to this?

We are struggling to find form release agents in Canada that have undergone the CDPH testing. We're wondering if we can have the manufacture confirm that none of the compounds tested under CDPH are part of the ingredient list, can it be assumed it will be compliant with CDPH testing protocol?

That's a confusing clarification from CaGBC. Form release agents could potentially be used in areas that will ultimately be inside the weatherproofing barrier, even though they may not be enclosed at the time the concrete is poured. My understanding is that LEED has never clarified this issue. This question comes up all the time from contractors for products like concrete curing compounds. They'll say something like "the product will be outdoors for several months until the building is enclosed. Won't it fully off gas by then?"  We typically assume the most conservative approach - if a space will be inside the weatherproofing barrier when the building is completed, then products installed in those spaces should be considered "interior" products.

Craig, you've re-iterated the same conversation our team has been having internally. Columns, elevators, shafts and often the building core are all examples of instances where poured concrete would be inside the weather barrier. As for the "forms" being temporary, the concrete that the form release agent would come directly into contact with would still be in place so that seems like a very fuzzy line to draw. Add to that, the line in the USGBC's own calculator and it further confirms that they need to be considered.

Without direction from (ultimately) the USGBC we have also been taken the conservative approach and assuming the release agents need to be included in the walls category. However, we have yet to find a manufacture that has a product that has gone through the testing to confirm compliance. Hence the alternative option of confirming the chemical compounds the CPHD test is looking for are not present, but is that a realistic argument.

Anyone have any sort of chemistry background to support that understanding?