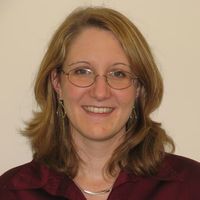 I am working on a multi-story office fitout for a single tenant, and we received a review comment on our submission regarding EAc1.3 asking us to "provide documentation that all conference rooms have been provided with demand control ventilation PLUS thermostat setback." The reviewer then refers to LI#10242 and LI#10263 for further guidance.

In the subsequent LI#10263, the Ruling gives specific guidance for densely occupied spaces, requiring "a separate thermal control for each space paired with a CO2 or occupant sensing device, which is used for demand control ventilation AND (emphasis added) to set back the temperature setpoint to the space when the space is unoccupied."

My question is, does the later LI override the former? That difference between OR and AND is a big one, as the newer LI is adding a third requirement for densely occupied spaces (separate thermal zones, CO2-based DCV, AND occupancy sensors to force temperature setback). We have successfully submitted other tenant fitouts under this same rating system using just individual zone temperature sensors and CO2 sensors driving DCV, so to get this comment on our review was a shock. (Just when you think you understand the requirements...)

I'm also not certain how to use a CO2 sensor as an occupancy sensing device, as alluded to in the LI#10263 text. I suppose we could set some limit on CO2, perhaps a little below our limit for returning the damper to thermal control from DCV control, that would initiate temperature setback. That seems a little cumbersome though. We do have occ. sensors for our lights, but unfortunately they do not have the spare contacts required for connection to the HVAC control system.

I'm also not sure I'm on board with temperature setback during "occupied" hours in conference rooms. If we allow the temperature to rise to 80 deg F because the conference room is unoccupied, the next group to come into the room is going to be uncomfortable and the system may not be able to bring the temperature down to occupied setpoint quickly enough. I see this control causing a lot of headaches for building maintenance.

Thanks in advance for your time and advice. 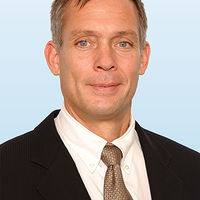 We have just had this credit denied in final review because we do not meet the requirements of LI#10263. A previous project (same tenant, same floor) was registered before LI#10263 but reviewed afterwards - the review comments at that time specifically said that we did not need to incorporate the LI#10263 requirements but would have to for future projects.

My question relates to the requirement for DCV control in our project which has a CAV system. Our occupancy sensors turn off the fan-coil in the room when it is unoccupied which - we believe - results in the maximum energy savings possible. Is there a reason how DCV would contribute to the credit intent of increasing energy conservation in a CAV system? Cutting off fresh air to the conference rooms when unoccupied would simply redirect the air to other spaces without reducing power consumption. Indeed, an (admittedly very, very small) amount of additional energy would be required to modulate the dampers. Should we appeal this?

If pursuing Option 2, what is the scope of the energy model if the space shares a central plant, and what type of software should be used?

For Option 1, Zoning and Controls, is a thermostat considered an “active control capable of sensing space demand"?