I received back the following as part of the review comments: "Provide signage indicating that the floors are classified for re-entry." What kind of signage are talking about? I am confused by the comment.

All the users in my building will have unimpeded access to all the floors in the building, withstanding the mechanical level. I thought that was all it took to comply with this aspect of the credit. What sort of signage would need to be provided? Can someone help me understand the intended meaning behind "classified for re-entry?" I feel like I must be missing something. 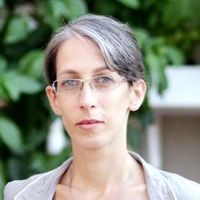 Hi Sara,
Some municipalities have rules (for example NYC) requiring signs be posted outside stairwells in certain occupancy groups, to indicate on which floor re-entry is possible. I believe the intent is to indicate which stairs are meant strictly for egress and do not allow occupants to travel between floors, as opposed to stairs where re-entry from the stair into the building is possible. Specific language, dimensions, location, and other characteristics of the signage are detailed in the rules as well.
In the case of this credit, I believe the intent is to make sure building occupants are aware that they can use the stair to travel between floors and will not be locked out and forced to exit the building. 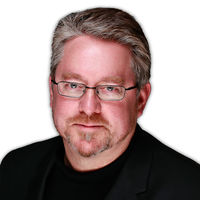 Thank you for that clarification - for me the question relates more to an open stair in a 2 story building. When the main stair in a two story lobby is the first thing you see and is open to the majority of spaces around it, can you comply with the signage requirement by virtue of the inherent wayfinding? Note there is a skylight and special lighting above the stair, with a large feature art wall immediately adjacent. No locks or doors, and a view of the entry vestibule from the stair itself.
I would be interested in opinions on this.

Thank you both for your comments. Although my building is taller than Duncan's, the situation is very similar. The stairs are open, without doors or walls directly around them. I'm not sure where this signage would go, and think it fairly obvious to the user of the stair which levels it connects. You can see from landing to landing, and to the entry vestibule.

I can see where the signage Lee describes makes sense in an enclosed, more fire/exit type of stair, but that is not the circumstance in my building. The stair I am using for this credit is open on most sides, integral to the entry vestibules on the appropriate levels and the grand lobby space in the building. I did put the question to the GBCI reviewers, and am still waiting for a reply.

Sara and Lee,
One thing occurred to me - there is signage directing users to this main stair, as it is one of our exit stairs (allowed to exit through the lobby). Would this signage count towards the signage requirement of this credit?

I do not know, Duncan. What you have described seems to be consistent with Lee's comment. I wish I knew for sure. I asked for clarification on what is meant by "Provide signage indicating that the floors are classified for re-entry." from our review team on October 1st, but have yet to hear a response.

Does anyone have an example of what type of signage they have submitted for this? We were thinking of just adding to the stair sign "open to all floors" Has anyone done something similar?

I've gotten this comment as well on a 2-story school, in which there is one open stairwell and all other stairwells have doors that are unlocked and accessible from all floors. Since the previous comments were posted, have you all learned anything further? It seems silly to have to add signage to a project like this where it seems obvious that no floors are locked out.

I've now pursued this credit on two projects. Am now considering it for a third project which has an enclosed stair. Does anyone have examples of re-entry classification signage?

In the case of the four story stair, I responded to the reviewers with the following text and photos of the stair. It was accepted upon re-review.
"The stair being used to earn this credit is unenclosed, without doors, and only limited walls. Signage is not required to indicate the floors are classified for re-entry. It is obvious to the user of the stair which levels are connected. You can see from landing to landing, and to the entry vestibule.

The stair being used for this credit is open on most sides, without doors confining exiting and entering, is integral to the entry vestibules on the appropriate levels, and part of a grand lobby and double-height space in the building. Re-entry is possible, unrestricted, and clearly visible to the user on the stair."