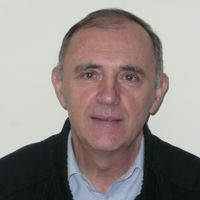 The project we are modeling belongs to System 5. There is however no cooling needed or designed. The system also are not like system 9, because it is mainly manufacturing area and an administration compartment with offices, etc.

As per G3.1.2.8 the example there for a temperature difference of 20OF applies presumably for cooling, because in heating mode with such a temp. difference there are lots of unmet hours. Is it OK if we apply the principle of System 9 whereby if needed to increase the supply air temperature so that to eliminate the unmet load hours.

Your assistance is highly appreciated.

In this case we would probably still model it as a system 9. I see three choices.

1. Model system 9 and justify doing so because it is probably the most conservative choice and the one that likely compares best the proposed system.

You don't use the 20 degree delta T with a system 9 just use the 105 degree supply air temperature.

Thanks for the reply.

Actully I've been applying what you've suggested in item 2. Also I've been trying to use 105 degree supply temperature.

What I was not quite sure is, if I could use higher than 105 temperature in case there will be unmet load hours.

For unmet load hours you have to increase the system capacity as described in G3.1.2.2.

Do you mean to increase the capacity of the Baseline (because the unmet hours are there) by more than 25% as stated in G3.1.2.2.

When modeling a system 5 the supply air temperature is 20 degress less than your inflated cooling set point. So just increase the set point until the cooling system does not operate and then you have no cooling related unmet load hours. This can get messy due to the reheat in the system related to the supply air temperature from the 20 degree delta T, which is why we suggest modeling a system 9. That and it is just way easier and would be an acceptable method in our opinion.

Thanks a lot Marcus.