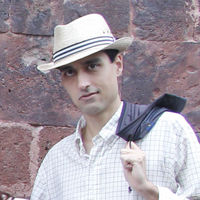 Hallo, In the last version of the indoor water use calculator, which can be downloaded here:

The average flow rate of dual flush toilets is calculated as:

...but it used to be calculated as follows:

I was wondering if it is an error in the formula or the procedure has changed... 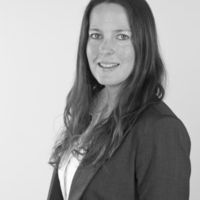 It's been 6 months since you posted this, any responses? I see that the calculator is still the current one in LEED Credit library. The reference guide says: "The average flush rate for dual-flush toilets must be calculated as the average flush volume of one full flush and two reduced flushes, using a 1:2 (high fush:low fush) ratio." I cannot find any anddenda that this has been changed? It effects calculations a lot!

I haven't seen anyone else complaining about this "bug"... as you say, it affects calulations a lot.

It's funny that I found a water calculator in one of my earliest v4 projects that has the right formula. I think I will use it in future projects.

I now know what the problem is, it's not a bug!

It’s just one of the common user mistakes (that I have done too). Could that have been your problem too?

When you alter urinals from 100 % to 0 % the calculator changes. (We never have urinals in common projects here, that's why I forgot!)

Good luck in your calculations!

However, I see it confusing. In my opinion, the right way to populate the calculator is by assigning different design flush rates for male and female WCs.

For instance, lets say the full flush rate is 4 litres and the low flush rate is 2 litres. All male occupants have access to urinals.

Would you agree with me?

Toilets are 2 and 4 liters.

They are saying that 2 out of 3 times the male would use the urinal (and only once the toilet for the “big” flush).

So they are saying your weighted average is 3 l/flush for both the male and the female toilet, to enter further down in the calculation in the Excel in both female and male.

Or if you like the male flush is 4 l/flush because he only uses the “big” one.

The female is 2,67 l/flush. But these numbers don’t fit into the calculator since the baseline is 6 l/flush regardless if you have urinals, males or females.

Does this make sense?

Our plumbing fixtures are served, in part, by nonpotable water. How do we account for this?