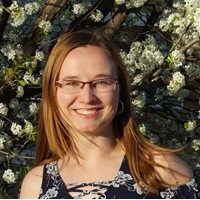 We are working on a new terminal to an airport, and are wondering if the connector to another terminal should be included in the project boundary. The almost-LEED terminal has a clear site boundary determined by the addresses and packages for city plan check, except that it includes the connector. The connector is a little corridor that does not support operations of this terminal, and the new terminal is not directly associated with the connector because the connector is designated for access to the old terminal.
We would remove the connector from our project boundary - because the v2009 reference guide specifies that the boundary may be a portion of the development as determined by the project team if the excluding portion is not submitted for LEED certification - except that the corridor is served by the new terminal's mechanical system.

Ultimately, would we have to include this corridor into our new terminal's project boundary? It shares the same mechanical systems, except the corridor holds no association with, and no support operations for, the new terminal.

You'll want to review the most recent Supplemental Guidance to the Minimum Program Requirements for "Drawing a Project Boundary for Attached Buildings." Take a look for yourself based on your project specifics but pertinent language suggests, "Project teams must use their own judgment to make reasonable decisions about these situations on a case by case basis. Generally, construction work or space that serves buildings other than the one certifying should be excluded from the LEED project
boundary. Note that construction work extending into non-certifying area must be consistently excluded from the certification process."