For LEED v5, These Are the 6 Things to Know

USGBC is moving forward on next phase of LEED, with a public comment draft expected next year. Where will it take us on equity, resilience, and more?
Paula Melton
November 3, 2022
LEED v5 development is ramping up, and the U.S. Green Building Council (USGBC) is going to need your help to make it happen.

In particular, the organization is looking for brand new voices, as it will be convening working groups in the areas of resilience and social equity to address two huge topics that have flown under the radar of the rating system for years. Although current credits in v4 and v4.1 certainly contribute to social equity and resilience, including pilot credits that focus specifically on those big issues, they’ll have much more prominence in LEED v5, according to LEED specialists and board members at a Greenbuild 2022 session I attended in San Francisco.

I followed up with Melissa Baker, senior vice president for technical core at USGBC, in an interview the next day. Here’s what I learned.

You might have suspected this already, but Baker made it official: LEED v4.1, which is technically still in beta after three years and is being used extensively as part of v4 projects and also (less extensively) as a rating system in its own right, will never get the official stamp of approval from membership.

Instead, the organization is going all in on v5.

Pre-development already started a while back with LEED Convene and Connect sessions around the globe, culminating in the release of the Future of LEED Principles in June 2022. This document starts to rough in the new shape of LEED, including a clearer and more urgent focus on decarbonization, doubling down on human health, and ramping up ecosystem preservation and support. What might feel a little newer are these two principles: “Inspire and recognize adaptive and resilient built environments” and “Create environments in which diversity, equity, and inclusion thrive.”

A call for volunteers for new working groups in existing buildings, social equity, and resilience will open in December 2022. Actual development will start in January with a goal of releasing a public comment draft in September.

The equity working group will help USGBC create a framework “for how we center equity,” Baker said. “It’s also how we structure our committees and what that looks like to make sure [equity] is integrated, not an afterthought, and it’s not one person who has to carry the water.”

Baker conceded that “our industry is learning to speak the language of equity,” so USGBC is keen to make sure it’s working closely with groups like NAACP’s Centering Equity in the Sustainable Building Sector Initiative “and have those voices leading that part of the conversation for us.”

Equity will likely get its own category, which is a big shift, but it will also be important to ensure justice considerations are integral throughout the credits, Baker noted. For example, equity needs to be a consideration for the project team and during the process (it’s already an explicit part of the Integrative Process credit in v4.1), but there are also serious social concerns around building material supply chains, so LEED v5 could potentially integrate equity metrics into what is now called the Materials & Resources category. Part of the focus will be on scaling: “we have a strong belief in getting more green buildings to more people,” Baker said.

3. Language is a barrier

At the session I attended, folks talked about improving communication. This is partly an equity issue; it’s hard to bring in new voices if they have no idea what the current voices are talking about. But there may also be unnecessary complexity that makes the rating system more expensive than it needs to be, they said.

“We are moving away, where we can, from complex and expensive calculations,” said board member Laurie Kerr, “allowing buildings to have a simpler, more intuitive path that gets them to the right place.” An example? A prescriptive path to lower-carbon material selection instead of conducting a full whole-building life-cycle assessment.

But there’s a trick to this because the highly technical language and intricate calculations have a purpose. “Some of these extremely technical pieces will stay very technical,” Baker said in our interview. “We need to have that stringency and need to be able to prove [the credit intent] has been met.”

But, she added, “Even things like the credit titles have become sort of jargony,” but most people who interact with LEED do so through the scorecard. “We could do a better job of stating what we want as the outcome” in the credit category names and credit titles, she thinks.

USGBC is looking into ways to provide credit pathways that “don’t have as much of a cost, as many disciplines, or as much time associated” with them, thus making them more accessible to small projects.

Some calculations “can be quite costly and time-consuming; they’re hard, technical things to do,” Baker continued. “I’m not saying it’s not a fair cost,” she was quick to add, but “there is a conversation around … is Certified a bit different than Gold or Platinum? Is there a more accessible way to get into LEED?”

4. LEED BD+C and ID+C need to keep meaning something

Baker and I talked a fair bit about LEED for Existing Buildings (O+M), which I promise to post more about soon in part because it’s deeply relevant to how the green building industry is moving into the ESG (environmental, social and governance reporting) space. But it was clear from the session and from our interview that the distinction between O+M and the new construction frameworks—Building Design and Construction (BD+C) and Interior Design and Construction (ID+C)—needs to get blurred a little more.

Baker used the tantalizing phrase “continuous certification” (noting, “I think we’d all like to stop using the word ‘recertification’”).

As LEED v5 ramps up, I think we can expect that blurring to happen, which is part of the technology platform alignment USGBC is aiming for. Baker spoke of “the functionality of performance, data tracking, etc. in the future of LEED documentation” on “one consistent platform for everything”—basically combining LEED Online and Arc.

Baker said she didn’t know yet what that would look like, so it would be “great to get feedback from people on what they’re looking for. ESG reporting is obviously a big driver; what we can do in our technology platform to help with that? What do people need for outputs?”

5. Adaptation and mitigation need to happen in parallel

We need to address carbon emissions and climate resilience in parallel, said Sarah Talkington, chair of the LEED Steering Committee, at the Greenbuild session. “We don’t really have choices any longer when we’re experiencing [climate] events at this rate.”

That could take a lot of different forms; hence the forthcoming resilience working group that will be formed.

For example, what will the role of forward-looking weather data, which is still in its early stages, be? What kind of resilience risk assessment tools should teams be using; is the one already in Arc enough? Will resilience have its own category or be interwoven into other credits?

“We’ve broken a lot of ground” with the resilience pilot credits, Baker said, but the age of RELi is over at USGBC. “We need to look at what else exists out there and what the market is ready to absorb. A lot of it is building the awareness, building the discipline in the industry.”

LEED for Cities and Communities will have to play a role too, Baker noted. “Not every building needs to be passively survivable for a week,” she said. “That’s not going to happen.” So community-based solutions will be key. “I think we have a lot to learn, and we have to find those right sources.”

To hit the scale we need to address emissions, historic injustices, and future resilience imperatives, the green building movement has to speak as a whole, and speak to more people, Baker emphasized.

“Collectively, I think we need to be able to articulate the building as a tool for fighting climate change, for example,” Baker said, calling for “industry-shared messaging around the work that needs to be done.”

Baker mentioned how the conference’s keynote speaker on Wednesday, Jane Fonda, inspired the room but failed to connect climate action directly to buildings. “I don’t know if we’ve given her the language to tie buildings in … as a tool to fight climate change,” she said. Green building organizations and practitioners need to get on the same page, she suggested. “There is a lot we can do to raise awareness” that buildings are “a tool to improve people’s health, people’s lives, all the good things we want to get done.”

This is especially important as the building industry tries to start speaking the language of ESG and aligning with policies like building performance standards and as we look to acquire and spend “more money than there’s ever been” for this work, Baker said. “Now is the time for us to advance those shared outcomes, to really scale the change that we want to see.”

"Scale for greatest Impact" scares me 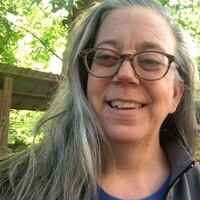 Thanks for the update. It is valuable to know some of the thought process behind the changes we will be seeing.

The photo listing "scale for greatest impact" at the top took me aback.

I see a problem in the industry and it is the idea that we need to find a solution and scale it, but if we are to be inclusive and to reduce CO2e, we need to be locationally specific. Every project has opportunities that are unique to the program, the local talent, the budget, the market forces, the community, AND the natural systems we can begin to heal with every single building project (if we pay attention).

I hope the LEED system goes all in on scaling a process of defining the potential for the project. The biggest issue with LEED over the years has been, ironically, the simplicity and accessibility of the checklist, which has made us think the solutions are the same for every project, and has severely limited essentializing the work, and made so many projects and teams think LEED is not properly applicable to their specific constraints.