LEED-EBOM recertification guidance from USGBC is here. Here are the key features of the program, including unveiling of new performance requirements for older Existing Building projects.
November 14, 2012
A special feature of LEED for Existing Buildings: Operations & Maintenance (LEED-EBOM) certifications is that they come with an expiration date: since the certification is all about ongoing performance, project buildings have been required to seek recertification every five years. The only difficulty has been that the U.S. Green Building Council (USGBC) has taken a lot of time to develop clear and specific guidelines for exactly how projects are supposed to do that. Although there has only been a trickle of certified projects five years or older certified under LEED-EB 2.0, that trickle is growing into a flood, so USGBC's unveiling last week of new recertification guidance is timely.

Here are some of the most exciting features of recertification (or "recert"), as shared with LEEDuser by Selina Holmes and Lauren Riggs of USGBC:

In sharing this information, and in putting out the new guidance document, Holmes and Riggs emphasized that the guidance document is intentionally coming out now prior to full functional support of recertification, so that projects can prepare.

What do you think of the new recert guidance? Do you like how the program is shaping up? What questions does it raise for you and your EBOM projects? Post your comments and questions below.

I'm not seeing much information in these LEEDuser forums on the LEED Dynamic Plaque (since 2014) as compared to recertification (since 2012). Is the Search function not pulling up the most recent entries first? I'm trying to advise a client and am searching for current information relative to the following:
1) LDP vs recertification (5-yr) -- pros and cons, time and cost commitment, others' experience with LEED Dynamic Plaque.
2) Coincidentally, is the percentage of recertifications for EBOM still hovering around 10%?
3) Details on the survey questions asked of building occupants -- is it really only two questions? One question on mode of transportation and one question on general comfort? What are the two questions? And how are these questions administered?
4) Is there any specific language or protocol for the method of VOC testing?

Any updated and detailed information, re: LDP, will be greatly appreciated. 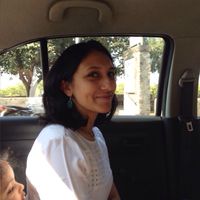 Most of the questions you have are answered in the Dynamic Plaque user Manual. If you have a project that is considering pursuing DP, go ahead and try out the trial on LEEDon.io Once you activate the trial on one of your projects, I believe you will gain access to the user manual which is located in the data input section - links at the very bottom.

I am working on a couple DP projects, and till now have found the process to be simple and easy. The surveys are basically two questions, both of which can be administered by sending out an email or setting up a kiosk in the lobby. We do the VOC testing inhouse and have found that it differs slightly from what is required under the regular IEQ credit.
Again the user manual does go into specifics on all categories and requirements, including VOC testing.

I wonder if there is any up to date guidance for leed V4 O+M project certified who wishes to re-certify.

What is the consulting cost for 5 year EBOM recertification? 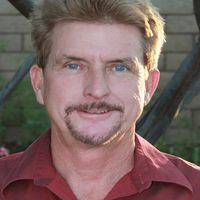 Thanks Tristan for being a valuable resource on this matter.

As a LEED AP O+M, my consulting practice is offering LEED EBOM recertification and inquiring what the typical consulting fee cost range is for this once every five years service. I would be offering this service NOT as the original consultant who performed the EBOM services. 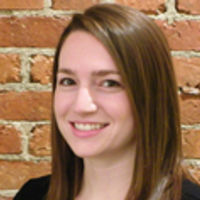 Does anyone know what the fees are for EB recertification? The latest addenda says to contact GBCI customer service to find out (instead of it being half of what the initial certification cost), and USGBC's website says to check the GBCI fee page, but it does not say there. Are they the same, as someone mentioned above? Thanks!

The EBOMEBOM is an acronym

The EBOM reference guide had stated that they were 50% of initial certificaiton fees for the building. As you point out the new addendum says to contact customer service. Since that addendum is SO recent, I would say it's the word to go by.

Anecdotally it seems like USGBC is trying to get buildings in the recertification game and might be trying to work with projects on fees.

I understand they are the

I understand they are the same as the intial certification.

What are the benefits/value of recertifying under the LEED EB program?

Also, the fees on the GBCI website are the same as for both certification and recertification!?!

Why would anyone ever recertify, when they could let the certification expire, and certify again with much less effort, and the market would never know.

Are we missing something, we see basically no benefit.

It seems that the only way a previously certified LEED EB project can obtain these 4 points is if the project has "maintained tracking" since completeing the initial certification (see guidance on pg 18 of USGBC Recertification Guidance document). In our case our client has not "maintained tracking" for all the previously awarded credits. Our client therefore does not have the option of "recertification". Is there an option to not recertify, just start fresh, but still get these 4 points?
As a general comment about the "new recert guidance", while the USGBC has made it more clear and supposedly simpler (need to confirm once all templates are available), we are still not able to convince our clients that it is worth the effort to maintain the level of tracking that the "recert" process requires in terms of effort of already overworked staff, and the subsequent benefits accruing. Our clients generally feel that just starting the process over again once the 5 year window has expired, having a 3 month performance period and making the appropriate changes to whatever the latest rating system requires, is a much more efficient way of doing business.

The difference between a performance period that is the entire recert period or even 25% of it and 3 months is so huge as to entirely negate any perceived benefit of recerting. Added to that the "establishment" plans are all insufficient to the new requirements and will require significant revision. There do not appear to be any other financial benefits, excepting the registration fee.

I am posting this because I think it is a real shame that we will be put in the position of advising this client that it makes more sense to start over as if they never spent thousands of dollars and years of time getting the initial certification. It also completely undermines the most important issue of the EBOM program which is the performance and ongoing tracking that is supposed to follow certification. No wonder this program can't get traction in the market.

As it is, if they start fresh, they also don't enter the 2 year recert cycle of constant performance tracking. They simply start over every 5 years.

Has anyone learned anything new or heard anything from the USGBC on this that would alter this negative reinforcement equation?

Peter ... thanks for this 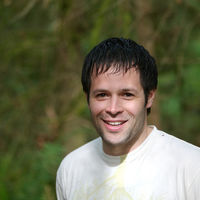 Peter ... thanks for this summary. I may be facing a similar case, where the longer performance periods may prevent a client from meeting their certification goals (by a certain date). And it seems the only clear benefit is the waived registration fee ($900).

Are there any more recent anecdotes, re this challenge of re-certifying?

And to confirm, must a building let the entire 5 year window pass before registering a fresh project?

Lastly, has anybody heard from USGBC on this issue? If Peter's story is common across the market, the current setup seems like it's mortally flawed (as in, nobody will re-certify!). Can we help recommend tweaks that would make re-certification more appealing? As with many LEED-based conversations, we'll be balancing rigor with ease of implementation. Yes, we want to know that buildings are keeping up with their practices and performance. But theoretically, we should make the reporting logistics easier as building continues along its LEED timeline. 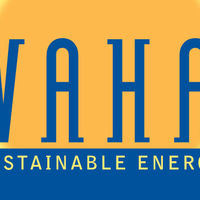 A recently certified EBOM project will likely need to be recertified under LEED v4. How are they going to treat changes and or new credits during the performance period.

Example 1: Under EBOM 2009, EPA's Design for the Environment is not accepted for green cleaning products. Once LEED v4 is enacted will our client be able to start purchasing EPA products. Or the alternative, if an accepted criteria under an older version is dropped will that no longer count towards recertification. And if yes, what would be the cut-off date? When v4 went live?

Example 2: Demand Response is a new credit under LEED v4 EBOM. If a client wants to earn points for this credit, when should they have a demand response program in place?

Geoffrey,
I'd like someone from GBCI to confirm this, but I discussed this with Sarah Alexander (Director of LEED Certification) at a technical session at Greenbuild. I asked her this very question, and my understanding is that LEED 2009 projects will be able to use LEEDv4 credits (and LEEDv4 credit language for existing credits).
So, in your case, I believe that EPA DfE products will count for LEED 2009 projects (although, I am not clear on the exact date this will kick in). I hope this helps, and someone else please chime in to confirm.