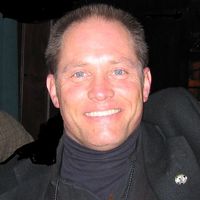 As an architect, his practice has focused exclusively on green buildings since 1996, including his designs for two of the first 15 projects worldwide to achieve LEED Certification. He also has participated as a team member on over 50 LEED certified projects to date and another 80 LEED Registered projects. He Co-Chairs the USGBC International Task Force, has served as LEED Faculty since 2001, served on the LEED Steering Committee from 2002-2009, and Chaired the USGBC’s national LEED Curriculum Committee from 2002-2007.

Along with his 7group partners and Bill Reed, he co-authored The Integrative Design Guide to Green Building, a seminal book published by Wiley in April, 2009. He also authored the “LEED Services Profile” in the AIA Architect’s Handbook for Professional Practice.

His design work has been recognized by over 40 design awards, including 25 Awards for Design Excellence from AIA, three PA Governor’s Awards for Environmental Excellence in 1998, 2001 & 2003, selection by AIA for their nationwide COTE Top Ten Green Projects in 2000 and 2009. He represented the U.S. team at international Sustainable Building (SB) conferences 2000, 2002, 2004, and 2008 held in Maastricht, Oslo, Tokyo, and Melbourne, respectively.

John has taught design at Carnegie Mellon, University of Pennsylvania, Harrisburg Area Community College, and guest lectures at Harvard. He has lectured in 35 states and 12 countries about green buildings. He also serves as an advisor to Environmental Building News and was appointed an Honorary Fellow of the Institute of Green Professionals in 2009.

John holds a B.S. degree in Architecture from Penn State and a Master of Architecture degree from Yale University.