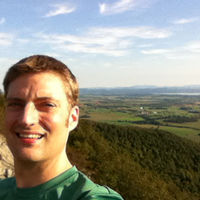 I've been interested in green building for years; I designed and helped build a super-insulated house in high school, and completed a passive solar project for my architectural thesis that looked at regionally specific strategies. While working in DC, I was intrigued by LEED when my office was working on what became the first LEED Platinum project, the Merrill Center- HQ of the Chesapeake Bay foundation. After moving to Vermont, I got involved with the Vermont Green Building Network, which later became the VT chapter of USGBC. I served as chapter president from 2009-2012. In Vermont, I've worked for Freeman French Freeman in Burlington for 12 years, including several LEED projects for the University of Vermont, Norwich University, and the about to be certified Community Health Center of Burlington.