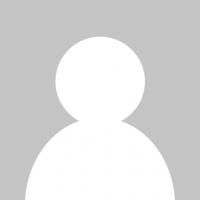 Jeremy Cressman is the Vice-President and GM of Commercial Trade at American Standard Brands, a leading manufacturer of plumbing fixtures, fittings, and bathing where he manages the commercial business unit. He became a LEED AP in 2008. Jeremy serves on the USGBC Education Events Committee.

Jeremy received a B.A. at Saint Joseph’s University in Philadelphia, Pennsylvania. He began his career as a sales trainee at Ferguson, the nation’s largest distributor of plumbing and piping materials. From 2001 until 2009, Jeremy worked in sales and senior management at TOTO USA in New York City helping specify water efficiency products in commercial and residential application. He joined American Standard Brands in 2009.

He represents American Standard as a member of the U.S. Green Building Council (USGBC) and Association of Specifying Plumbing Engineers (ASPE). In 2008, he and his colleagues received the ASID Presidential Citation from the NYC Metro Chapter.

Jeremy is a LEED AP BD&C and holds held membership in the New Jersey Green Building Council and formerly the Urban Green Council where he held a board position for the Urban Green Expo.

Jeremy and his family reside in Upper Makefield Twp, PA.