I see some discussion on the NC2009 forum about this issue but no real resolution. We have an office tenant improvement that has installed two unisex restrooms on the second floor to add some additional capacity to their large core restrooms on both floors. Since these unisex restrooms don't have a urinal, I have to adjust the weighted average calculation for those two dual flush fixtures to distinguish them from the core restroom fixtures.

I can easily separate the fixture groups and calculate the different weighted averages, but what is unclear to me is how to split the occupants that use them. There is no specific usage group associated with these toilets. In v2.2 I would have simply counted the fixtures and adjusted the percentage of restrooms that have urinals.

Now with separate fixture groups, I need to assign different occupants. Since this is pretty much arbitrary, the only method I can come up with is to divide the number of occupants of the 2nd floor by the total number of toilet fixtures and assign them that way. I feel like that's pretty conservative because I'm not including the urinals in my distribution even though male occupants could also elect to use those.

I can't find any supporting info here or in CIRs on this kind of approach. Has anyone addressed this issue successfully already? Does anyone have an alternate suggestion on how to approach dividing up the users? 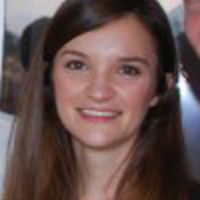 A different fixture group for unisex restroom users is no longer required. I suggest providing a narrative and/or supporting daily use calculations to explain the anticipated urinal usage. If a percentage of male occupants will not have access to or will not be expected to use restrooms with urinals, the default Total Daily Uses for water closets and urinals will need to be adjusted in the form accordingly, while ensuring that three daily fixture uses are still counted for each FTE occupant. The adjustments are left to your discretion based on your estimates for usage, but some adjustment should be made when a project has some unisex restrooms.

Hi Samantha,
Thanks for the response. Since my toilets are dual flush, I actually will have to do separate fixture groups because the weighted average calculation for the gpf is different when there is no urinal in the restroom. But then once I do that, I have to come up with some way to distribute users absent of any constraints or guidelines on who uses what. I agree that a detailed usage narrative is going to be the way to go. I'd just rather take an approach that is tried and true if one exists. Thanks.