does any one know what is the difference between the cycle racks provided for short term and long term storage (i don't mean percentage wise)?
I work on a stadium which 6 times in a year might have 40,000 visitors, does that mean we have to provide 1000 cycle racks (eg. shefield racks) for the visitors? 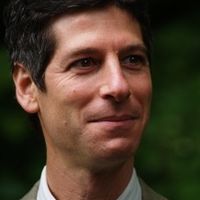 Hi Flavia,Yes, event attendees are "peak visitors" so you would have to provide bicycle racks for 2.5% of them to earn the point. 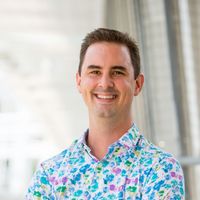 Can you clarify that response for LEED V4 - are you suggesting that for a 40,000 seat stadium, when there is a game on that we need to provide 1000 bicycle racks for them?

The LEED Rating System (and this credit) was originally developed to address commercial office buildings. Whether by bicycle, private car or public transit, both FTE and Transient populations typically arrive at buildings of this type individually rather than in groups (unless they are carpooling, which is addressed by another credit). Stadium events tend to be social events, primarily attended by groups of people rather than by individuals. While you would anticipate some individual attendance at games (a portion of which may arrive by bicycle), there is no evidence to support the expectation of anywhere close to 1,000 cycling attendees. Indeed, the San Francisco Giants stadium provides a bicycle valet for 150 bicycles and is only currently storing up to 125 bicycles on game days.

Your detailed thoughts would be appreciated.

I also am working on a stadium project right now and this credit's feasibility is under review by my team. As Quentin asked, are you suggesting that for a 40,000 seat stadium, would 1000 bicycle racks be required on site? How is that realistic for this building classification?

Thanks for the insight

We used LI5082 for a stadium in V2009. I don't know how/if it applies to V4. It involves using a bike valet and monitoring the demand.

What is length of stay is considered ‘short-term’ vs. ‘long-term’?

If the building is listed in Appendix 2 Default occupancy codes with zero transients, does that mean we don’t have to provide any short-term bike spaces?

Regarding the requirement to provide shower facilities on commercial and institutional projects, what counts as “on-site”?

Can double-stacked bike storage racks comply with this credit?