If no tenants have been identified can the project owner claim relevant energy saving from reduced lighting power density using a sample of lease agreement and a letter of commitment in lieu of lease agreement between the owner and the (future) tenant (which cannot be in effect at the time of project submission for LEED review)? Thank you in advance.

Yes. The reduced LPD needs to be required by the lease agreement.

Marcus, just to clarify the following issue: When selecting the option “Tenant Sales and/or Lease Agreement” it is required to provide the legally binding document (lease, sales agreement, tenant construction requirements, etc.) associated with the project, signed by both the developer and the tenant, explicitly stating the performance requirements for the tenant work. If no tenants have been identified can the project owner claim savings using a sample of lease agreement and a letter of commitment to the USGBC signed by the owner in lieu of lease agreement between the owner and the (future) tenant (which cannot be in effect at the time of project submission for LEED review)? Thank you in advance.

Mr. Charalampos, I'm very interested to know if the above eventually worked out for you. Can you please update us if a sample lease agreement and letter of commitment by the owner were accepted by gbci in your submittal?

Mr. Marcus, appreciate your input on this too if you can provide a background on how this actually worked for your projects since i'm reading contradictory statements in other posts on LEEDUser

Hi Mario. Yes, our approach did work! The owner's letter commitment must clearly mandate the use of the sample lease agreement.

This is an acceptable approach for LEED v2009 projects. For LEED v4 the tenant needs to sign the agreement, so maybe that is where the confusion lies?

Well noted guys. Thank you for your feedback!

Hi, I have this situation, our Project is in Argentina, where the language is Spanish, so, the tenant agreement is written in Spanish.

The question is, do we have to translate it to English?, because if we do so, the translated one would have been modified and will not be the same that the tenants will sign...

I think you could provide the Spanish language agreement with the pertinent sections highlighted and translated into English.

Would someone be willing to share a approved Letter of Commitment? I wanted to see the format and content of it. Best. 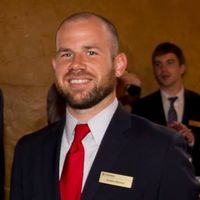 Kim, I don't have one to share, but the LoC can be pretty simple. I would recommend having it on the Owner's (or Owner's Representative's) letterhead and stating something like "Although no tenant has been contracted for this building, all tenants will be required to sign the provided Tenant Sales and/or Lease Agreement." Then ensure that all credits claiming the TSLA path are covered (and maybe even highlighted to make it easy on the reviewer) in the sample TSLA provided. Additionally, ensure that the sample TSLA submitted has spaces for the Owner and future tenants to sign (in the future).

Also, just to further stress what's written above for anybody who reads this in the future - note that this path is NOT accepted for v4 - in order to take credit for future systems in v4 the TSLA MUST be signed by both the Owner and tenant.

We're also working on a CS 2009 in an office building. The tenant spaces do not have a defined layout but will have meeting rooms, private offices and open-plan offices.

We're also pursuing tenant energy savings in the lighting systems. We already have a signed TLA stating that all leased spaces should have a maximum of 8W/m2 and have daylight controls in all luminaires within 6m of glazed facade. Additionally, all ocupiable spaces have movement sensors.

In order to get as many points as possible in EAc1, here are 2 questions:

1) The 6 m distance  from the glazed facade would represent around 60% of the space area. May we model 60% x 8W/m2 with dimming control?

2) We want to reduce an extra 10% on lighting power regarding the use of movement sensors. However, ASHRAE 90.1 - 2007 states that the use of movement sensors in meeting rooms is mandatory and therefore meeting rooms can't have their installed lighting power reduced. How may we reduce the power on open-plans and private offices? Assuming and describing in a narrative that 70% (for example) of the space's area is eligible for this reduction?

Thank you all in advance!

1. In order to claim savings for dimming you will need to come up with a typical space layout. So you can claim 60% but you will need to be able to justify your number. The general rule of thumb for daylight penetration is usually about 1.5 times the window head height. As long as you can justify the inputs you are using as reasonable then you should be OK.