LEED Recertification: When and How

Has someone experienced a similar project situation?

Thanks so much for the help. 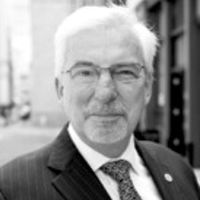 Jaida, great question because it really highlights the difference between BD&C thinking and EBOM concepts. The focus of a re-certification is to provide data to show how the building has been managed over the previous time based on the standards set at the initial certification. The new incoming tenant has no influence on that data...it should have already been compiled by the existing tenant. Examples are Energy Star, water meter readings, & purchasing records. The incoming tenant has two options: 1. To recert right now to benchmark the building as at the time they moved in. (Then they can make all the changes they like and recert again when they wish to do so...any time in the NEXT 5 years). 2. Do nothing right now but make the changes that they want to do...wait a year for those changes to have an effect...then recert. (All the policies and program changes will then have an effect that is measurable)

I think the client will prefer the second option. As they are interested in managing the changes they implement. If they do chose to move forward with the second option. Wouldn't this be considered a new EBOM certification? Because as you state the purpose of a recertification is to manage facility development from initial certification. You had stated recert. so just want to make sure I have it right. Or is this situation considered a recert. just because its in a building that have a previous EBOM certification? 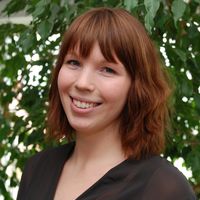 Barry, my concerns is all of the management plans that were devloped in the previously EBOM certification. If you recert your project according to option 2, when do you show the reviewer the new documents that we now shall refer our recertification to? In that aspect my thoughts were as Jaidas, that this would count as a brand new certification. But that wouldn't be efficient to do new certifications as soon a new tenant will moves, so ofcourse we would prefer to recertify.

OK, First question is can the building go for a new certification? In this case no, the EB is tied to the building not the operational team. Now to unwind that...there have been cases where a new owner has taken over the building and all previous data from the building has been 'mislaid'. In this case you could get dispensation from GBCI to undertake a new certification, but it's case by case...not a blanket pass. There are also some cases where the original certification was in V2 and was re-certifying in v3 (or more nominally in V4)...again that's up to GBCI if they allow a new certification or not to be undertaken. In terms of the new tenant wanting to make changes lets take an example of pest management. A new tenant may well want to bring in a new team to take on that work. But you already have an IPM policy in place from the original certification...and it must have been ok because the GBCI reviewers accepted it. With a new IPM team in, of course that policy will be re-written, standards reset and that 'new' policy uploaded to GBCI for approval. However the 'actions' of the policy, (when the pest management was executed, with what, by whom, an in compliance with LEED and local codes), will be the details from the previous months before the new tenant took over plus whatever actions have been used under the new policy. Another example is the new HVAC equipment. Because you are making 'radical' changes to the HVAC equipment then under LEED 'rules' you will need to recalibrate IEQ prerequisite 1. The previous calculations are null and void because new equipment has been installed. To be honest team you're making this really complicated when it doesn't need to be. Buildings change ownerships all the time, new tenants come in....use the original data as the basis for raising the overall effectiveness and efficiency of the building. Bring in new policies and plans and operation details where they make sense. Write a clear narrative for the GBCI team showing why you made changes and show the support documents tying up the previous tenant to the new tenant.

Is there any guide etc for recertification on LEEDUser (paid registration)? Does anyone suggest standard recert vs. dynamic plaque?