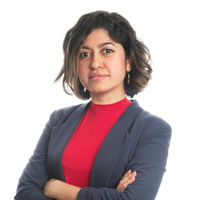 We have submitted evidence for this credit for an open plan office project in London. So far we have received positive feedback from our design preliminary review with only the filling out of the online survey outstanding. Has anyone worked on a project that achieved this credit? I will share the final outcome here.

Our project located in the Empire State Building is also attempting this pilot credit. We found it very interesting that most of our non-regularly occupied space with views were in corridor spaces. Due to our furniture layout and low-height furniture partitions, the views in the space extended past the open office space into the corridor. Our project met the requirements based on the original proposed layout, but I'm curious to know if any project teams redesigned the furniture layout in order to earn this credit.

We are working on a project with a very shallow floor plate, on the 35th floor of a high rise building. With no additional strategies implemented, the project was easily able to meet the requirements for the views and daylight pilot credits. For buildings with deep floor plates where daylight and views are harder to achieve, what strategies are design teams using to meet these pilot credit requirements? 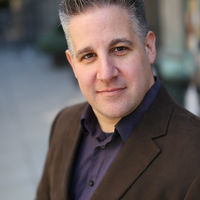 Great question.  Many of the strategies usually involve using up floor space, such as installing an internal atrium (which is really like punching a giant hole through the middle of the floor plate).

But since this pilot credit is for "Non-Regularly Occupied Spaces" this also opens you up to some cool ideas, such as:

A great example project of this is the new Sandy Hook Elementary School.  After the shooting, they rebuilt the school, but rather than making it feel like a fortress, they opened it up with multiple sight lines everywhere.  Look at the photos for inspiration.

We are also working on a project with a relatively shallow floor plate. Our approach has been to place the open office and a few large glassed-in conference rooms on the exterior. Corridors are open to the open office. Interior spaces take advantage of full glass wall assemblies. These design strategies made the requirements easily achievable for our high-rise location. We focused on documenting mostly under Type 2 and 4 with renderings and photo documentation.

We have now received feedback and successfully achieved this credit. Our strategy was in fact very similar to Angela's comment above.

Our project located in Manhattan is also attempting this pilot credit. We did not have too much trouble meeting this credit as 1. there was minimal non-regularly occupied space in the project space and 2. due to the layout of the space and the size of the floorplate a majority of the nonregularly occupied space was located on the outside of the project with direct access to windows. Our project met the requirements based on the initial design.

We are attempting this credit in a project in São Paulo, and despite most of non regularly occupied areas be located in the building´s core and does not have access to views; a large breakroom has total access and made the credit requirements  easy to achieve.

I’m confused about how many points I can earn for each strategy (innovation vs pilot credit vs exemplary performance). Is there a limit on each type of strategy if we want to earn all five Innovation points?

Is there a list of Innovation strategies available to v4 projects?