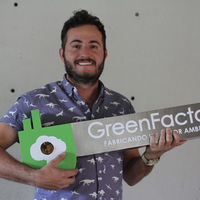 We are working on a project for which with our team we have had "theoretical discussions" about being eligible for this credit, and which path to use in others. Hopefully you guys can help us shed some light on the subject.

Our project is located in an area that was previously agricultural land. It is therefore considered a Greenfield (Not previously developed) per definition of a 2011 Addenda. Nonetheless, the area in which is located (the project and its surroundings) is catalogued as an Urban Expansion Zone according to the city's Zoning Ordinance Plan, which means that it is city policy to convert this whole area to urban use. As such, the project is part of a large scale urban development process for the whole area. Since the intent of this credit (and others such as SSc5.1) is to conserve existing natural areas, protect greenfields and preserve habitats, but this will not happen in the project surroundings regardless of the activities of the project, we are thinking that the argument could be made for pursuing this credit and the "previously developed cases" in other SS credits. If this was the case, we could make the case to the owner for the construction of green roofs in the project in order to apply for other SS credits, and would actually be able to work towards the intent of these credits by "restoring" habitats.

Sorry for mixing up so many credits in this post but they are all related to our discussion. Anyone has had a similar experience to this one? Any futher addendas that could guide us? Any thoughts on the issue? We think it is a discussion worth having and would be glad to hear from any of you.

Hi Diego,
I had a similar project that built on agricultural land but was also part of the city's master plan to be developed. It was not considered "prime farmland", so we were in the clear for that requirement for SS Cr 1. Since the city had our area as part of the master plan before our specific project inception, they had previously done some some grading work to help drainage for the area. We were able to locate the related documentation through our site/geotech team members, and that ended up being accepted as proof that it was actually considered previously developed, even if it remained agricultural after the grading. This was all b/c it was long-term part of the city's plan. We were therefore also able to pursue SS Cr 2, 5.1, and 5.2. We acheived 5.1 and 5.2 based on what was designed as part of our project, within our LEED boundary. So, while we had limited "protected" areas, we had almost entirely "restored" green areas within our project boundary accomplished through the native/adapted plantings that were specified. Additionally, since we were able to get Cr 2, it made us eligible to claim pedestrian-oriented hardscape towards our credit calcs for 5.2, which also helped. I believe the project was also helped out by a smaller green roof area that also carefully spec'd the right plants in order to contribute. Be careful with that one, b/c they're surprisingly pickier about what goes on the green roof versus on the ground.

Thanks Emily for your answer. It has been really helpful! We have access to the documentation showing that the area was chosen for development more than two years before project inception. Hopefully we will be able to achieve SSc2 and use the Green Roofs for 5.1 and 5.2. Best regards

Is my site previously developed?

What exactly does LEED mean by residential neighborhood or area?

Only a portion of my complying residential development lies within the ½-mile radius. Will this suffice for credit compliance?

Where do I draw the radius from?

Is one building or residential area enough to satisfy the residential density requirement?

My project has access to services that seem to be basic, but are not listed in the LEED Reference Guide—like insurance company, nail salon, auto repair shop. Will these count?

My project is on a base or campus where some services are available to the population of the project, but not the general public. Do these count?

For Option 2, does the residential neighborhood with average density of 10 units per net acre have to be existing, or can planned neighborhoods count towards earning this option?

What site area should be used for an interiors project when figuring out the density radius? The building site area, or building footprint?