However, the populations of Private (residential) lavatory faucets, Public lavatory (restroom) faucets, and Kitchen faucets are all different.  Do I adjust the percentages based populations of each, or is there a different method.  I doubt I leave them all at 100%.  Your help is appreciated. 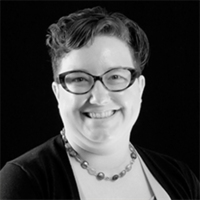 Hi Kyle, I'm working on this for a hotel as well and it is complicated!

I would recommend to start by creating 2 user groups: 1 for guest rooms, 1 for public areas. The guest rooms would include all uses of the private room fixtures by guests. The public group would include uses of public area restrooms by staff and visitors. Then you would set the percent of occupants to 100% *within* each group, since creating the two groups breaks down the occupants by guest/others.

Then, if you have spa/fitness showers or restaurant/retail fixtures, you might want to create an additional group to account for those.

Also, the water closets should be set at 100% each as well. After you complete the "% of males using urinals" field, the form calculates the WC/urinal use ratio automatically.

Excellent answer.  I didn't think of that.  I was trying to come up with a hybrid model.  Your model makes it much simpler.  Thanks!

A follow up question.  On the general group, I have the full population of employees, and visitors, figuring that everyone will have access to these fixtures.  On the Dwelling unit group, I have just the visitors.  However, without employees, the calculations end up as zeroes.  Any suggestions?

I think I have it worked out.  I looked in the instructions, and my dwelling unit group has to have the "visitors" set as "residential" for the calculation to run.  I assume I should do this with the first group as well?  One concern, my usage has changed from hundreds of thousands of gallons annually, to millions.  I guess that makes sense for a hotel.

Yeah, that makes sense because a "visitor" has less than 1 use of the WC/lavatory and 0 shower uses per day, while a resident has 5 WC/lav uses and 1 shower. So chagnign that will drastically change your total. But if you have efficient guest room fixtures, it will probably increase your percent reduction!

Sounds great.  Thanks!  One last question, I have 3 different showerheads with identical gpm flow.  One is for my accessible units (handheld), and the others are used in different styles of rooms.  Do I leave the usage for each at 100%, or adjust them based on actual numbers in the project?

Since the flow rate is identical, just list them all as a single "shower" line with 100% of occupants in the calculator, and add a note in the form or as an upload that you've consolidated them.

Perfect.  Can do.  Thanks for the guidance! 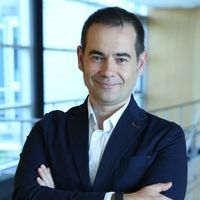 We are working on a hotel that includes a restaurant. At Indoor Water Use Reduction Calculator we have created different groups as recommended by Emily Purcell: guests, spa, toilets for public areas, workers' locker room and kitchen.

What use should I put for kitchen faucets? Only the 10 kitchen workers or should I also include the restaurant visitors?

Only the kitchen workers would have access to the kitchen faucets, so the restaurant visitors may be excluded.  You may also want to consider which kitchen sinks could be classified as "process use".

In my project following are the numbers:

Now considereing that the same population will be using common amenities in the hotel (The project is located in a schecluded area away from city area), should we considered 150 occupants as visitors for common area fixtures as well or should there be any diversity?

According to my understanding:

3) FTE of Hotel visitors using common area  - (150 *4) /8 (Using Public fixtures) We considering that hotel occupants will be in common areas for 4 hours and might use the common area toilets.

Is the WaterSense label really required, even if a non-labeled fixture has a comparable flush or flow rate?

How does the CEE Tier 3A criteria for commercial clothes washers compare to ENERGY STAR certified washers?