FTE for a rarely occupied space 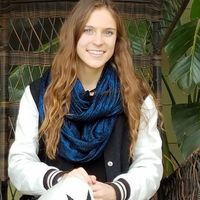 We have a conference space in a bank that would be unoccupied about 90% of the time. The rest of the time, it would be used for public gatherings and meetings. How should we go about calculating the FTE given that the space is rarely occupied? 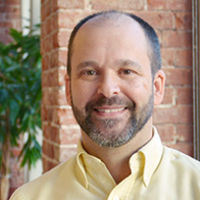 Chloe – I think the approach depends on the project size and use, and the relative area of the conference space.  Is this a conference room in a “retail” bank branch, or a large conference space in a bank headquarters? How big is the conference area, and what is that space’s “full” occupancy (not code maximum, but anticipated typical occupancy) compared to the regular occupancy of the rest of the space? Are you trying to determine the FTE of building staff or visitors/transients?

part of the issue is whether the default occupancy calcs for the whole project area accounts for all the likely water use and bike rack demand, or whether the occasional use of the conference space would increase water use and demand for short term bike racks beyond what the default calcs provide. Those are the two credits with the greatest sensitivity to this aspect of the FTE calcs, and the people using the conference space are most likely to be visitors/ transients.

As you’ve probably seen, when we don’t have detailed occupancy data from the owner, the FTE can be calculated for the project as a whole based on the default occupancy table in Appendix 2 and the gross square footage of the whole project, rather than for each space.

If the conference space occupants are staff who work in the same building, then their occupancy count would be already be determined by the headcount in the program, number of workstations, or occupant per sf based on the total building area. If they are staff that work in nearby buildings, they would still be considered visitors since they presumably are coming for a shorter duration than a full day.

In the case of a bank branch, the whole building occupant density could be based on “Retail or service (e.g., financial, auto)” at 600 sf per staff occupant, and 130 sf per visitor. For a bank headquarters it would be “general office” with 250 sf per staff occupant (there’s no default number for visitors to offices, so projects need to come up with their own credible estimate). If the conference area is fairly small in comparison to the rest of the space, these default values might “cover” the occasional conference space use.

But for a project with a significantly large conference space, the default calcs might not give an accurate count and we need to get to a “daily average” based on use over the course of a year. From the BD&C Reference guide intro on FTE:

“If numbers vary seasonally, use occupancy numbers that are a representative daily average over the entire operating season of the building.”

For example, let’s assume the conference space is about 2500 sf. With a lecture-style table and chairs arrangement, that might be about 100 seats. Let’s assume 75% occupancy for a 3-hour event, twice a month.  That gives us 75 people for 24 days of the year, for three hours each time.

If we are trying to determine the number of visitors, my impression is the duration of the typical event doesn’t matter if it’s a half day or less. Since the water use calculator assumes 0.5 toilet flushes and 0.5 hand sink uses per visitor per day, the shorter duration is built into the calculator.

(If the conference space is typically used for full day events, then you might treat these people as FTE staff, not visitors, so their water use gets calculated at 3 flushes and 3 hand sink uses per day.)

If this example building is occupied weekdays only, 260 days per year (52 x 5), I’d propose dividing 24 days by 260 days, and then multiply that result times the 75 people to get an “annualized” daily average of 7 (6.9 rounded up) visitors per day for the event space. This spreads out over the whole year the 75 visitors who are clustered on few days, but provides a daily average so the spreadsheet calculates their annual usage correctly.

Thanks David! You really did justice to the calculation. I think I need to save this somewhere. I might need it anytime soon.