free waste heat from outside of LEED project for heating 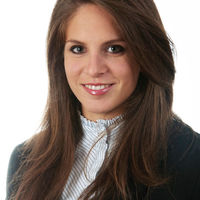 Our project is a small office building in Europe, on site of a great industrial plant with the same owner. The office building aims to achieve LEED Gold certification, while the plant does not. There is an opportunity to receive free hot water as by-product of the manufacturing process from the plant, as well as cold water for cooling in the summer, that otherwise would not have been reused.

This way the office building uses only recovered waste heat for space-heating and cooling purposes. The system receives the heat at a heat exchanger and the secondary heat emitters are 4-pipe fan-coil units. There will not be any other heating or cooling devices for the project building, and it is the only building to use the waste heat and cool generated as by-product of the manufacturing process. Obviously, the heat source is out of the LEED boundary of the office project to be certified.

Do you think that it would be an acceptable solution to set the energy rate of the proposed model as zero (for heating and cooling) and model a district heating/cooling system while using a baseline system with an assumed usual energy rate and ASHRAE Appendix G baseline system configuration? Or can you suggest another way to take into account the ecological and economic benefits of the described system in the energy model and at this credit? Does anyone have experience with LEED documentation of such a system?

Any comments would be appreciated. 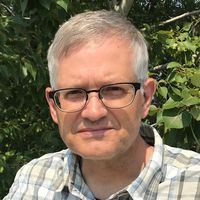 Marcus will give you the right answer, but I do not think you can say there is zero energy use. There must be some transfer means within the building. I do think you could define a cost of the fluids as zero in the as designed model. Not sure how that affects the baseline (Marcus?).

I was involved in similar project where we had a power plant adjacent to the project, and they agreed to allow the building to use the condenser water as a source. Now this water temperature was not of a temperature to use directly as heating or cooling, but was perfect for rejecting high performance heat pumps to! So the system was modeled as a ground source heat pump system, but instead of bores we had this condenser water. The system was still very efficient due to the much more constant temperature we could depend on. We did include a contact between the power plant and the agency for long term access to the condenser water.

So, you might want to have a letter if different companies, or a memo to the reviewers if the same company of where the water comes from and why it has a value of zero (ie is not created only for the building).

Technically the rules say that you would treat the incoming hot water and chilled water as purchased energy and the energy rates would be the same. If the rate is zero in the proposed, it is zero in the baseline.

It would not be acceptable to set the proposed rate at zero and the baseline at some usual rate using the standard Appendix G baseline system. Even if the rate is zero this is a purchased energy scenario and Appendix G (or the DESv2) would require that the "HVAC system" is purchased energy in both cases.

In order to claim savings I would suggest that you need to treat this situation as an exceptional calculation. You would need to provide justification for any baseline rate. IMO it should be based on the rates from the plant accounting for the system efficiencies (use the defaults in the DESv2 Option 1 if necessary). You will also need to provide justification relative to the waste heat/cool recovery. A detailed explanation will need to be provided about the source of the heat/cool to justify that it is truly waste heat/cool and not from a wasteful practice like once through cooling. 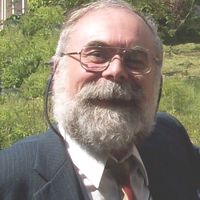 I've got the same situation on a current project.

Take a look at "Treatment of District or Campus Thermal Energy in LEED V2 and LEED 2009 - Design and Construction" USGBC August 2010.

It gives you several options, but the one that looks most attractive to my project is this:

"Performance Option 2 (full accounting) – directly account for the efficiency of the district or campus energy source in the proposed case energy model and
compare it to a standard ASHRAE 90.1 baseline system in the baseline case.
This path is more complex but has no points cap. However, it does have a points floor: projects must achieve a certain minimum number of points in order to use this option."

"In Option 2, the energy model’s scope accounts for both downstream equipment and upstream equipment. The DES energy source is no longer modeled as cost-neutral purchased energy; rather, a virtual DES-equivalent plant for the Proposed case is constructed and compared to code-compliant on-site equipment for the Baseline case (Table 4). "

Table 4 goes on to indicate that the baseline system can be an on-site ASHRAE 90.1 heating plant, but the proposed system is a virtual on-site plant representing the upstream system (the district system).

So we'll have to account for pumping energy, but if the heat from the district system is really waste heat, and would be wasted if not used, and the remote process would run whether we use it or not, I think we could safely argue there isn't any fuel expended in producing the energy. In my case it is stack heat from a reciprocating generator powered by landfill gas, so the fuel really is free (and renewable). These generators run no matter whether we use the waste heat or not.

Be prepared to do a lot of explaining, and have this scrutinized by a reviewer. Might even want to ask the reviewers about it beforehand to get some guidance. 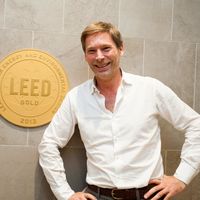 Lawrence,
What if a DES system purchases waste heat from an incineration plant? The heat would be generated anyway, even if not purchased. But a price is being paid for that heat. Would it be correct to use the price paid? Or would you argue there is no fuel expended and that what is actually paid for that energy is not relevant?