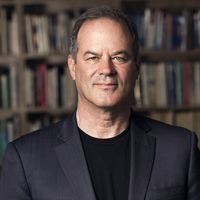 Scot Horst serves as the CEO of Arc Skoru Inc., a technology company established to build Arc, a state-of-the-art digital platform. Arc, available at Arcskoru.com, allows any project – whether a space, single building, community or an entire city - to measure improvements and benchmark against itself and projects around it.

Previously, Horst was chief product officer for the U.S. Green Building Council (USGBC) where he has oversaw LEED or Leadership in Energy and Environmental Design, the world’s most widely used green building rating system.

Horst led the evolution of LEED through LEED 2009 and LEED v4. He guided the establishment of LEED as a single global system allowing projects to benchmark themselves anywhere in the world. He founded the LEED International Roundtable to guide this strategy, now comprised of 41 countries and responsible for LEED technical development around the world. This approach grew LEED’s presence in more than 162 countries and territories.

Horst spearheaded the performance version of LEED, which uses building data to provide feedback on actual building performance. The system scores the built environment, from homes to neighborhoods to cities and was introduced in 2013 as the LEED Dynamic Plaque.

Horst co-authored “An Integrative Design Guide to Green Building” and speaks widely on LEED and the transformative power of green buildings. He serves on multiple boards and has advised the Sustainable Building Alliance in Paris, Cradle to Cradle, and the World Economic Forum’s Buildings Retrofit and Finance Steering Committee.

Prior to joining USGBC, Horst was president of 7group, a leading green building consultancy, and Athena Institute International, a nonprofit dedicated to the life cycle assessment of buildings. He created a carbon-offset program with the Climate Trust for cement and concrete companies that reduced Portland cement clinker in thousands of projects, mitigating more than five hundred thousand metric tons of carbon.

Horst holds dual bachelor’s degrees in philosophy and voice performance from Oberlin College and the Oberlin Conservatory of Music. He previously sang opera professionally and maintains a furniture design studio.