Addressing both interior and exterior lighting, this credit seeks to reduce light pollution that can block our view of the night sky and cause human health problems as well as ecological problems for many birds, insects, and other animals. Light pollution often represents nighttime lighting that isn’t needed, wasting energy while causing light trespass and contrast, reducing visibility.

Many people think that more lighting means better nighttime safety and security. However, too much exterior lighting can make outdoor and parking areas less safe by creating high contrast between lit and unlit spaces. Among other problems, when the human eye is flooded by bright light, it becomes harder to adjust to darker areas and shadows. Too much exterior lighting also means unnecessary energy consumption. Some objectives to keep in mind when striving for safe, efficient, and aesthetically pleasing lighting design are lighting uniformity, low contrast, no glare, and preventing light from spilling off the site. This can be achieved through judicious selection of fixtures with full cutoff that direct light toward the ground but prevent it from shining up into the night sky.

The four requirements can make it complicated

This credit has four separate requirements, which can make compliance complicated—though not necessarily difficult. One addresses indoor lighting spilling to the outdoors, and three deal with exterior lighting, including façade lighting, site lighting of areas like pathways and parking lots. In most circumstances, these requirements are relatively easy and cost-neutral to meet. The biggest challenge often comes in dealing with light-trespass limits—light bleeding off the project site into a neighboring site—on projects with small or constrained sites. You will also need to attain low lighting power densities per ASHRAE 90.1-2007, which is a good general practice and won’t require you to compromise on aesthetics or cost. 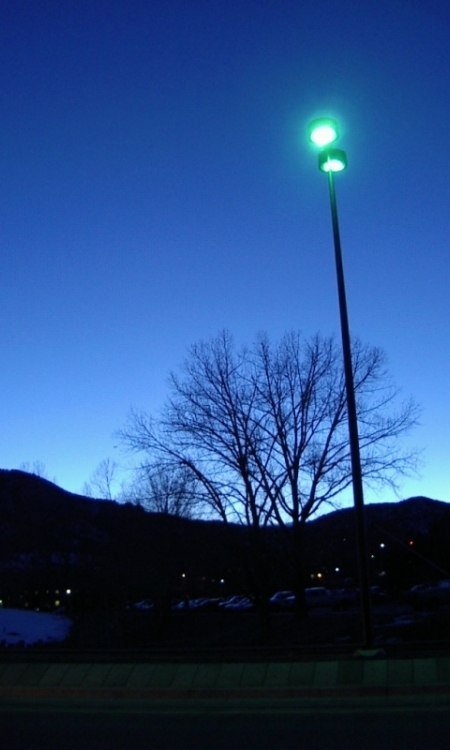