To encourage teams to pursue credits with regional environmental significance, LEED offers up to four bonus Regional Priority (RP) points for each project.

RP credit zones were created by USGBC using a Geographic Information Systems (GIS)-based program that allowed environmental issues to be empirically mapped. These bonus points are earned by achieving credits that have been designated as particularly important for your project's specific geographic location. (Note that this is a change from LEED 2009, which used zipcodes.)

RP points are tied to existing LEED credits; they aren’t new credits written for your region. You don’t have to do anything to attempt them other than what you are already doing. If your project earns these designated priority credits, it automatically achieves RP points.

A total of six RP options are available to all projects. However, projects can only earn a total of four RP points. There’s no need to worry about selecting which RP option you want to pursue–this happens automatically through LEED Online based on the normal credits you attempt and achieve.

Environmental zones are defined based on multiple factors and can differ across a state, or even within a city. Significant differences are based on the following factors.

You can expect water-related credits to be given high priority in arid climates.

Renewable energy is often given priority in sunny or windy regions.

Habitat protection and restoration is assigned to many regions in the Western U.S., as well as to areas such as the Mississippi Delta and Florida Everglades, which contain large areas of critical natural habitat.

You can determine the RP options for your project by using the Regional Priority credit lookup tool on USGBC’s website. This tool has RP options for projects located inside and outside the U.S. 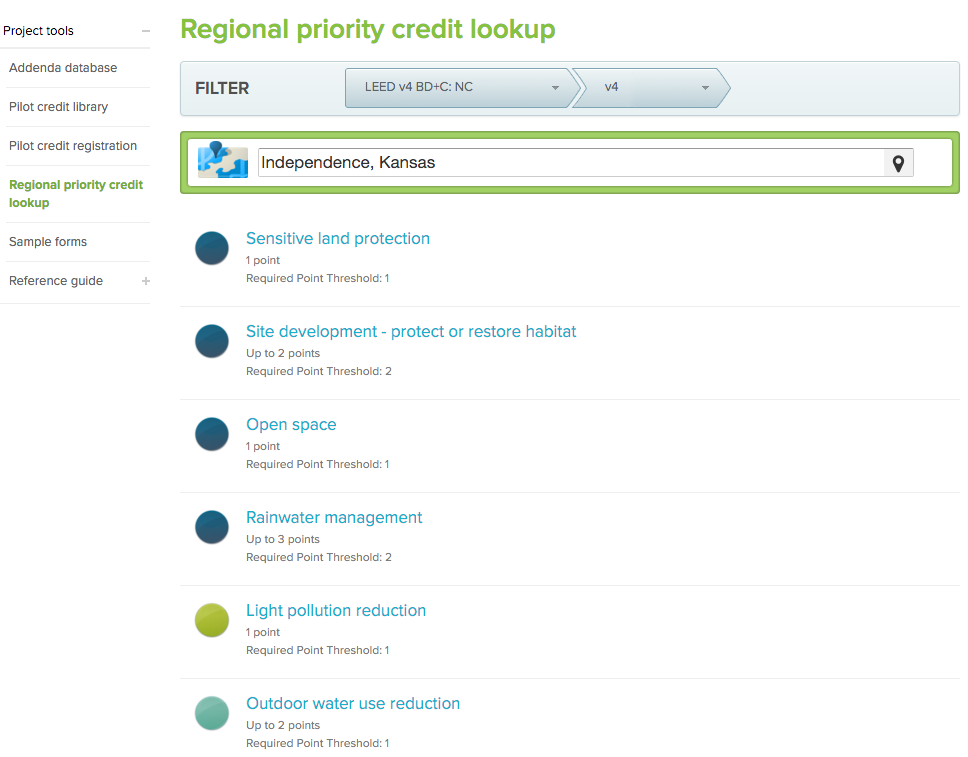